Nico Hoerner Has Arrived, is Unfazed Skip to content 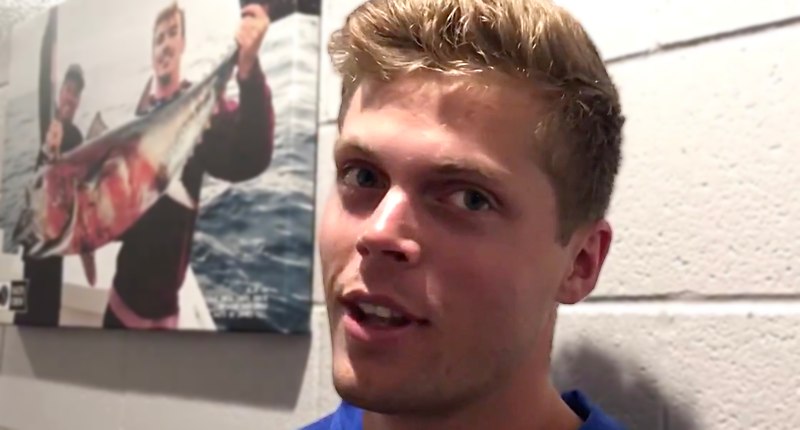 Although driven by circumstances you don’t want to celebrate, it is nevertheless cool to see the Cubs’ first round draft pick from just a year ago already suiting up with the club – he’s the first 2018 draftee to reach the Major Leagues.

Nico Hoerner will bat 6th for the Cubs tonight while manning shortstop, and, as expected, you get the sense that very little fazes this guy:

Jason McLeod said when he called Hoerner to tell him he was coming up he was on his couch at home with his mom and sister. He didn’t lose it or anything when McLeod said ‘we need you in San Diego.’ His response: “Let’s do this.”

It’s going to be fun to see him work tonight, because, while he might not be a huge impact at the plate this year, the one thing he has consistently done well as a pro is work a good at bat. He’s been a guy who does not strike out, but not just because he swings at everything early and can make contact with anything. He generally gets himself good pitches to hit, be they early or late in the count. For that reason, he does still take his walks, even as he’s been nearly impossible to strike out this year.

Hoerner: “It’s especially unique to debut with a team that’s actually trying to win. That’s probably the most exciting part of it.”