It Doesn't Get Much Better, or More On the Nose, Than That Nico Hoerner Debut Skip to content 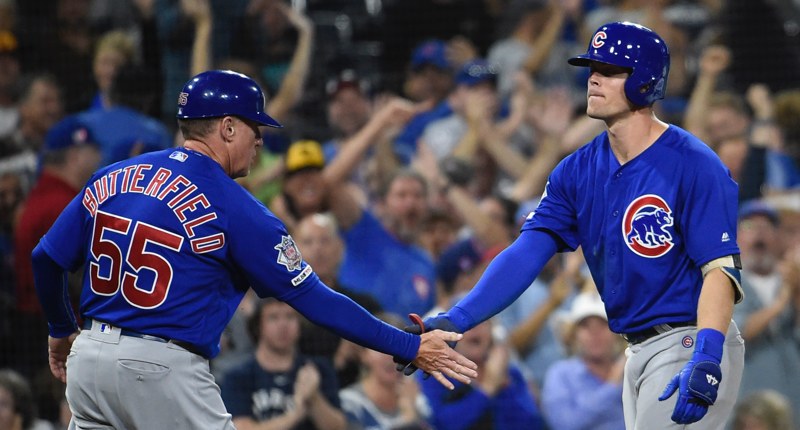 As a prospect guy, the way you think about Nico Hoerner: solid glove who can play up the middle effectively, great speed and good baserunner, high-contact bat, punches line drives with authority. That’s the best version of what he is right now as a 22-year-old in his first full professional season.

Baseball is not football or basketball, and we can’t claim to have seen THE GUY on any one given night. But if you *could* say such a thing in baseball, then what we saw last night was just so perfectly Nico Hoerner that it almost feels unreal.

In his first plate appearance, Hoerner was attacked aggressively, as you’d expect for a young hitter without a ton of power, so he dumped an 0-2 slider into right field for a single. Later, he beat out a would-be double play ball with ease because of his excellent speed. Later, he scored on a barely wild pitch (again, the speed). Later, he ripped one down the left field line for a triple (again, the speed, and the hard contact). Later, he hit a solid single up the middle. In the process, he scored twice and drove in four.

Of course, he also showed off the very solid glove at shortstop, marking one of the most comprehensively perfect debuts I can remember for a Cubs prospect:

Nico Hoerner was so damn impressive that the Cubs fans *in San Diego* overwhelmed with chants of NI-CO, NI-CO:

Hoerner heard the love, and had a message for Cubs fans after his debut:

He certainly wasn’t letting the pressure exceed the pleasure:

I expect this to last:

Nico Hoerner is the best hitter in Major League Baseball this year.*