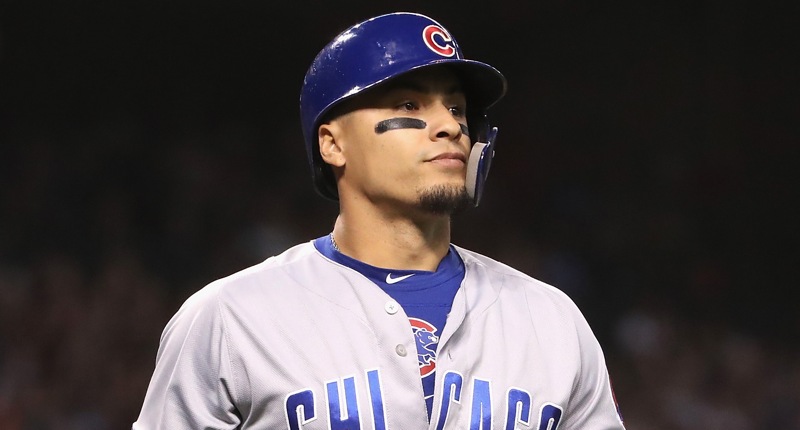 But I’ve been thinking about the Nico Hoerner call-up in the context of Baez’s thumb injury, rather than the immediate shortstop need created by Addison Russell getting hit in the head by a pitch. Is it at all possible that, regardless of the Russell injury, once Baez was known to be out for a long time, the Cubs started thinking about Hoerner? You know what Russell is, but maybe, given where things are this season, you just take a big swing on Nico once Javy is out?

Anyway, if you want your Nico Hoerner fix, that’s here and here.

I do want to update the Baez situation, as it has been confirmed that he’s going to be out a good long while, as expected:

Hand specialist confirms that UCL is intact in Javy’s left thumb. Unlikely to play this month, will rehab rest of the way and hope is he’ll come back for playoffs. Unlikely for him to play rest of regular season.

Not to be confused with the UCL in the elbow, the UCL in the thumb is what you most worry about when a baserunner bends his thumb back when sliding into a base, as Baez did last week. When that is damaged, you’re down for months. So that’s the good news there.

The bad news is that the fracture in Baez’s thumb will keep him out for the rest of September, which means the best we can hope for in a return is a deep playoff run.

Baez is, in so many ways, the lifeblood of this team. The heart, the soul, the magic. Sure, his performance at the plate had quietly been below average going all the way back to late May, but his defense remained elite, and everything extra he brought to the field has value that we may not be able to quantify.

It’s not up to Nico Hoerner (or Addison Russell) to replace Javy Baez. It’s up to the entire team to continue to perform as well as they can in his absence. If they want to see Baez back on the field this year – like we all do – then it’s going to be up to his teammates to make that happen by extending this season as much as possible.