Must-Read of the Day: Where the 2012 Chicago Cubs Are Now Skip to content 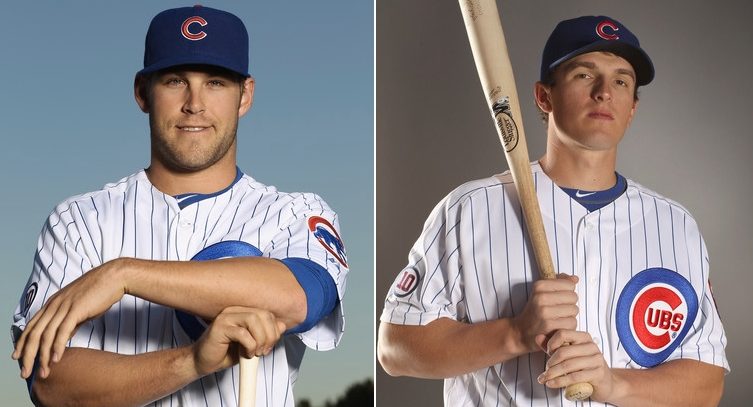 If you followed the rebuilding process at all, and/or were invested in that first Epstein/Hoyer club in 2012, then have I got an extreme must-read for you.

Jon Greenberg offers up one of those articles you didn’t know how much you wanted until you saw it and devoured it:

I talked to a bunch of the 2012 Cubs and checked in on others who have left baseball for other careers. I did a “then and now” update for all 53 players on the roster.

There are so many guys from that crew that I *DID* wonder what they were up to, especially the guys who have moved on from their playing days – many are now coaches or private instructors, but many have simply moved on to totally different industries. Life happens after baseball.

Perhaps the most compelling update comes on Josh Vitters, the once can’t-miss prospect who got the big leagues and then couldn’t hit. It turns out, the 29-year-old is thinking about a comeback after a long-missed medical issue was corrected. Bit from the section on Vitters:

So, he said he went to an abdominal surgeon recently in California and got checked out. What they found was some “gnarly scar tissue.” The technical term for that is Arthrofibrosis, an injury or trauma complication which limits joint motion, among other things. He had an answer, if not the answer, and that’s changed everything.

That was cleaned out in an outpatient surgery. Vitters sent me the before-and-after pictures, and while I’m not a doctor, the difference in the photos was impossible to miss.

That Vitters didn’t make it as a hitter confused a lot of talent evaluators along the way. There were no clear warning signs that he wouldn’t make it.

He didn’t play in 2015 and in his last three years playing in the independent leagues, he slugged just .314.

“I felt like shit going to the park every day,” he said.

So does he think the Arthrofibrosis affected him? A thousand times yes.

“I think it did 100 percent,” he said. “It really kind of destroyed my power, even all of my explosiveness, the way I run, everything. I just thought I wasn’t working out hard enough. So I went harder, harder, harder, and never got better. Now it’s like I’m feeling I can breathe completely on my right side. It’s like holy sh*t, what the f**k was I doing that whole time?”

Hey, I’d follow a Josh Vitters comeback attempt. Why not?

As for the rest of the 53(!) Cubs from 2012, and for more on Vitters, you’ve gotta read Greenberg’s piece. The update on Travis Wood, by the way, is just perfect.