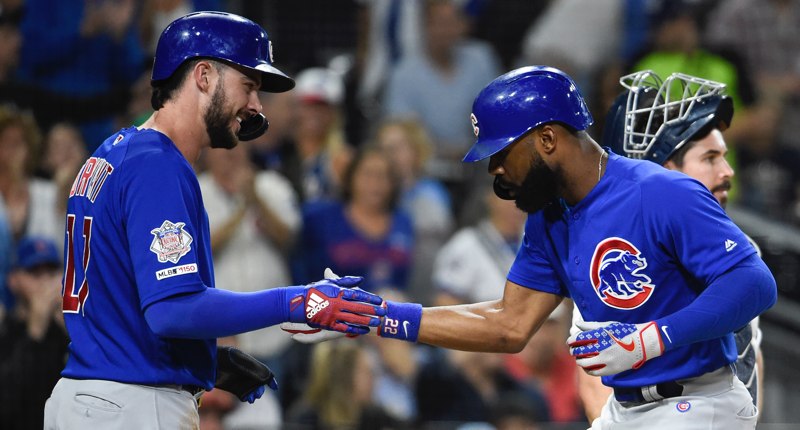 This is the kind of visual I like to look at when things are coming down to the wire in a season, though I wish there were a whole lot more blue than red.

Michael put together a visual representation of records for the top two NL Central teams so you can see what the Cubs would need to do to win the division if the Cardinals do X. It’s easy to think that 4.0 games is not an enormous deficit, but when you start seeing how things could actually shake out, you realize just how steep the climb is.

Note that (1) because of the seven head-to-head games, some of these squares are technically not possible, but you still get the idea and (2) the Brewers could theoretically go undefeated the rest of the way and moot all of this. 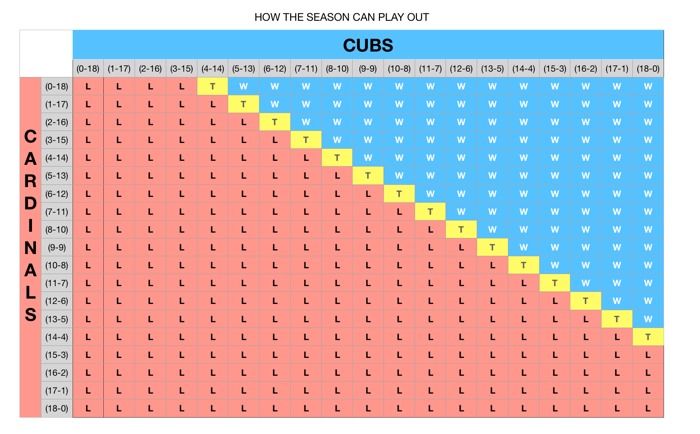 As you can see, most of the blocks belong to the Cardinals. And despite their rough schedule to end things, the Cardinals can go under .500 from here (8-10, for example), and the Cubs would have to go a whopping 12-6 to take the division. That’s how it is when you find yourself 4.0 games out in mid-September (and you blow games like last night).

Those seven head-to-head games are something of the silver lining here, because every time the Cubs win one of those, it’s automatically also a Cardinals loss. If the Cubs aren’t able to shrink the gap in the division by the time the first four-game set kicks off next week, then anything worse than 5-2 against the Cardinals is probably going to mean the Cubs lose the division. And even at 5-2, they’ll need a lot of luck from the Cardinals’ opponents and their own ability to win a very winnable schedule.