WATCH: South Bend Cubs Walk Off to Go Up 2-0 in Championship Series
Search
Skip to content 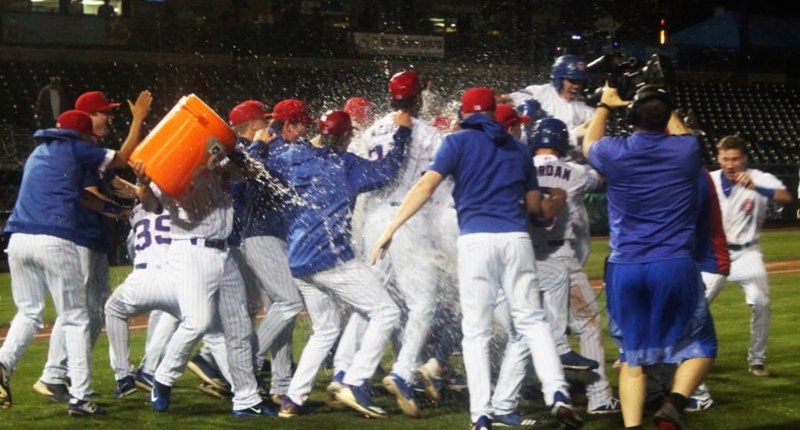 The South Bend Cubs are now just one win away from winning the Midwest League Championship! And that is dang cool.

Last night’s win was of the walk-off variety, as Cole Roederer used his speed to bring it home on an only-just-barely wild pitch:

Cole Roederer has one of the highest offensive ceilings in the @Cubs' system, but it was his instincts and speed that gave the @SBCubs a walk-off win in Game 2 of the Midwest League Championship Series.

Time to head to Iowa!

With last night's dramatic 3-2 win in extra innings, the South Bend franchise is in a position they have not been in since 2005. The #SBCubs are 1 win away from a championship!

The South Bend Cubs could win the whole thing on Saturday.