Kris Bryant Finds the Basket with the Cubs' Team-Record-Tying 235th Homer of the Year! (VIDEO) Skip to content 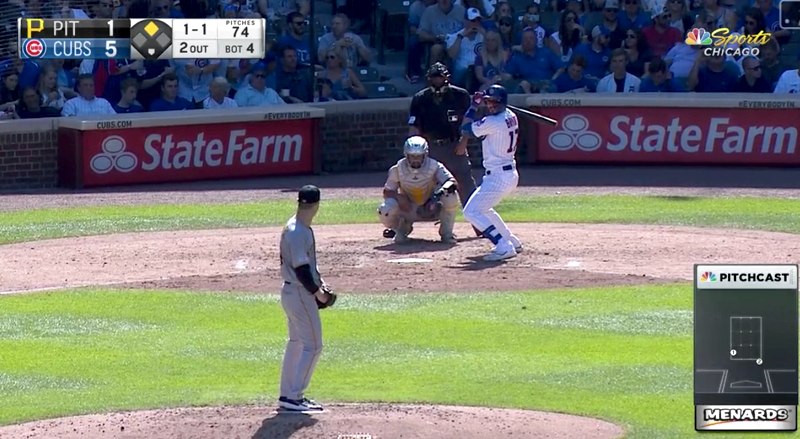 The Cubs are loving them some homers this weekend, and Kris Bryant got in on the action by parking one in the basket in left.

That’s a notable blast right there:

• The 235th homer of the year for the Cubs, matching the club's single-season record (set in 2004)
• No. 136 for Bryant, tying him with Ernie Banks for most shots in the first five seasons of a Cubs career