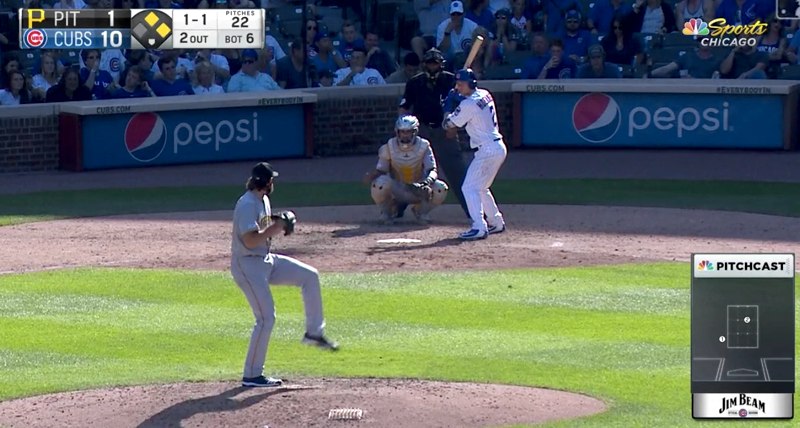 Nico Hoerner has played two games at Wrigley Field, and he’s now homered in both of them. Love it.

And this one set a new Cubs single season team record at 236:

As the Cubs tweet suggests, that’s a bit of a response to the Pirates hitting ANOTHER batter earlier in the inning – David Bote was ticked. It was the second time he’d been hit high by the same Pirates pitcher, and the last time was the one that provided us this great moment in spin moves:

Joe Maddon about to go after the Pirates. pic.twitter.com/r2M7WxaG1m