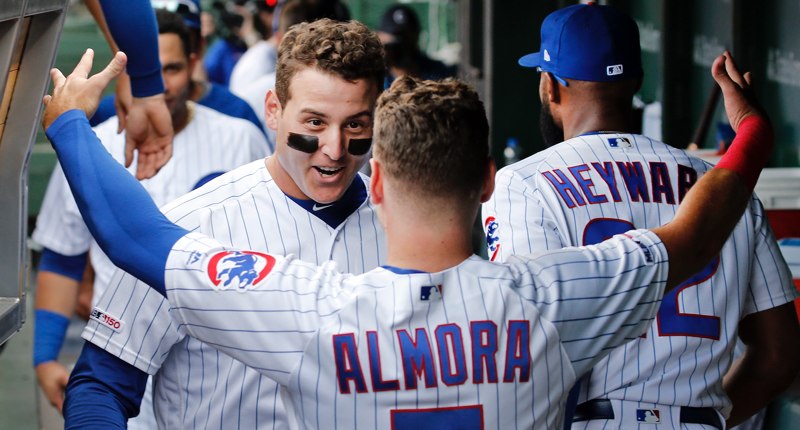 I would make even more obvious jokes about the Cubs putting up a football score, but then it starts to make me sad and scared about the Bears offense, so I’m going to leave it alone.

Instead, I’m just going to re-enjoy the Cubs’ offensive explosion yesterday, with 17 runs coming across the plate:

Lordy that’s beautiful, particularly the first inning, when the offense immediately responded to a blundering top of the first that threatened to end the game before it got going.

Yesterday’s explosion made them average again!