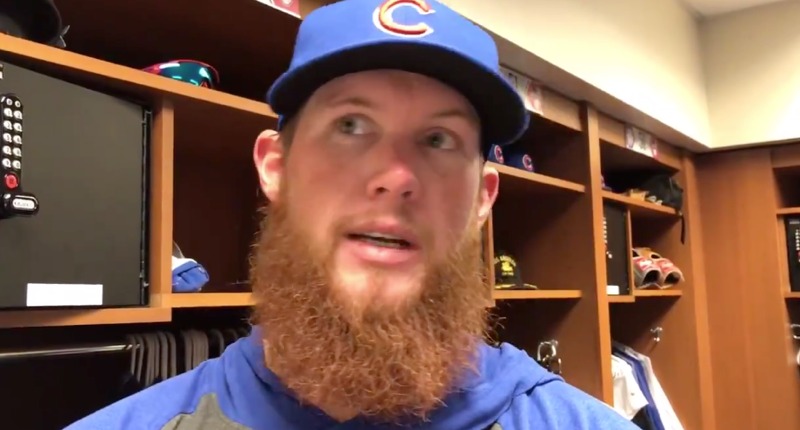 While we wait out word on Anthony Rizzo’s ankle and still moan over the loss of Javy Baez, the Cubs have one important injured player who *could* be back well before the postseason, though you get your hopes up only if you want to crush yourself.

That player is Craig Kimbrel, who is trying to overcome elbow inflammation in what is quickly becoming a lost year. The good news is that he successfully completed a second bullpen session, and everyone seems to think things went well.

“It was good,” Cubs pitching coach Tommy Hottovy said of the session, per Cubs.com. “In terms of him and intensity, as he’s progressing, it’s just gotten better over the last five or six days. So I think he’s on par with what we were expecting for today, in terms of velocity and spin and all the stuff we expect in a normal bullpen. We’ll just see how he recovers.”

If Kimbrel does feel good today, he’ll probably play catch, and then the Cubs will schedule for him to face hitters tomorrow or Wednesday. That’s the point at which you might be able to say he could be back soon. I would say the weekend series against the Cardinals right now looks like the hope, but you know how these things go.

When he does return, the Cubs are going to prefer that he pitch in a lower-leverage spot initially, just to see how he and his body respond. The rub with him, though, is that he seems to be a guy who thrives on the adrenaline of the biggest spots. So who knows how the Cubs will actually wind up deploying him. I’d just like to see him back in the mix as another available arm who can strike guys out. If that means he’s right back in there as closer? Fine. If it means he is eased back into things in other ways? Fine. Just get back with some time to go before the postseason.