Historic Offensive Explosion, Credit Where It's Due, Bryant's Evolving Attitude, and Other Cubs Bullets Skip to content 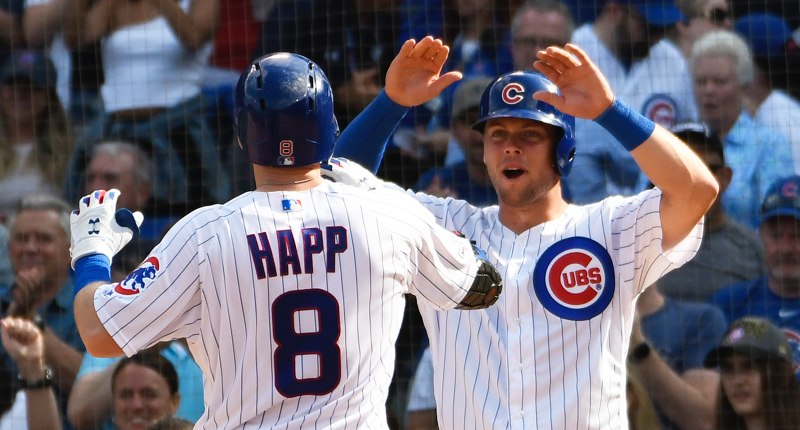 What a wild ride yesterday was, man. From the Cubs’ initial high to the Rizzo injury to the comeback to the explosion of offense to the Bears game being insane … and all with some very nice internet friends who are now real life friends. So that’s fun.

Cubs getting Gausman tonight instead of Gray. No Castillo at all this series. That could be huge. Gotta just take care of business no matter who is on the mound though. https://t.co/L08GqrdP3r

Q: Throughout your career, you’ve played through some injuries. Is it satisfying to get the results that you have, knowing the types of things you’ve tried to play through?

KB: “Of course. But, I think at the end of the day, nobody cares if you’re hurt or whatever. It’s just, if you’re out on the field, all that’s forgotten. And that’s a good thing. If I’m out there, I can play. But, yeah, I think after, especially this last week, it’s very satisfying when you speak up and say something and say something’s not right, and then you kind of make it feel better — and I wouldn’t say ‘fix it ‘— but make it feel a lot better. That’s very satisfying, because sometimes people are scared to say stuff or speak up. Or, you think you’re going to look a certain way. You think you’re not going to look tough. But, at the end of the day, you’ve got to do what’s best for the team and at that point I was hurting the team by not saying anything. I’m glad I did.”

Q: How much did you go through that last year, where you were playing through things without maybe speaking up?

KB: “Yeah, a little bit. But, I just think we’re all kind of stubborn in our own ways. Like I said, people look at you a certain way: ‘Oh, he’s not tough,’ or whatever. And I think there’s truth to that, but I just think when there’s times when you really can’t go, you just can’t do it. Like Javy. Obviously, there was something wrong with his hand. He wasn’t playing for six games. It was like, ‘Oh, there’s a fracture in there. He can’t play.’ Sometimes you’ve just got to do it, but I’m learning along the way. I’ve still got a lot to learn.”

Good morning. On a loop, all day: pic.twitter.com/iej8f43F3t