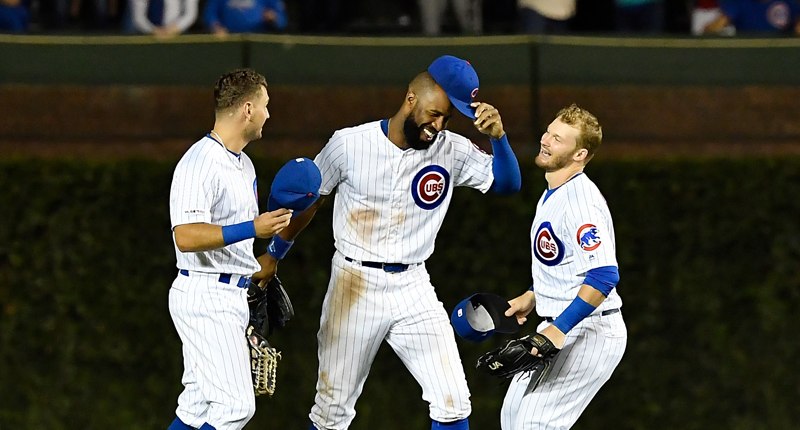 The going is very slow this morning. Great time at Social Media Night putting faces with screen names, and then screaming at the Cubs and the Reds and the umpires together like we’ve been doing for years electronically.

Hamels: “Every game right now is a playoff game” pic.twitter.com/DIsTNa2qUV

“It’s going to be tough to be without Anthony,” who rolled into the clubhouse after the 8-2 win honking the horn affixed to his walker scooter —which also had a handlebar basket, tassels and a bell. https://t.co/F0NCJYV2Ns

The only thing today is missing is a Nicholas Castellanos doub- pic.twitter.com/ASHZqfWakh

Another #CubsSocial Media Night is in the books!

Thanks for joining us, #Cubs fans. pic.twitter.com/VHM45yN0Uu