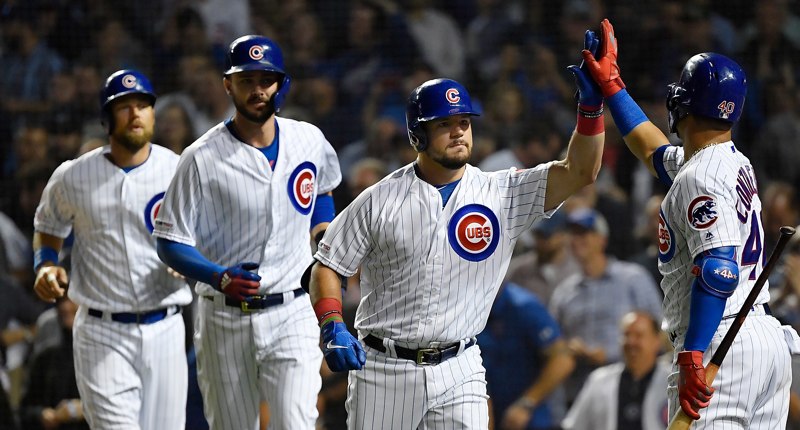 I’ll be honest, I am mostly writing this because I’d like to quickly shift to something nice and baseball-y after that horrible Felipe Vazquez news.

Kyle Schwarber homered yet again last night, knocking his 37th of the year right out of the gate:

.@kschwarb12’s 37 home runs are the most by a Cubs left-handed hitter since Billy Williams hit 37 in 1972.#EverybodyIn pic.twitter.com/GJrO3QilTn

The Cubs will have to make a decision in the offseason about whether they believe Schwarber is finally becoming THIS guy, because, if so, he’s your guaranteed everyday left fielder next year. And if that’s true, then the outfield would be unable to accommodate both a Nick Castellanos return AND Kris Bryant moving out there (post-Anthony Rendon signing). I don’t think you can assume the Cubs will definitely aggressively pursue either of those guys, but I’m just saying: if you’re hoping for it, it does ultimately relate to the Schwarber decision. Not every spot on the roster can involve a very pricey contract.