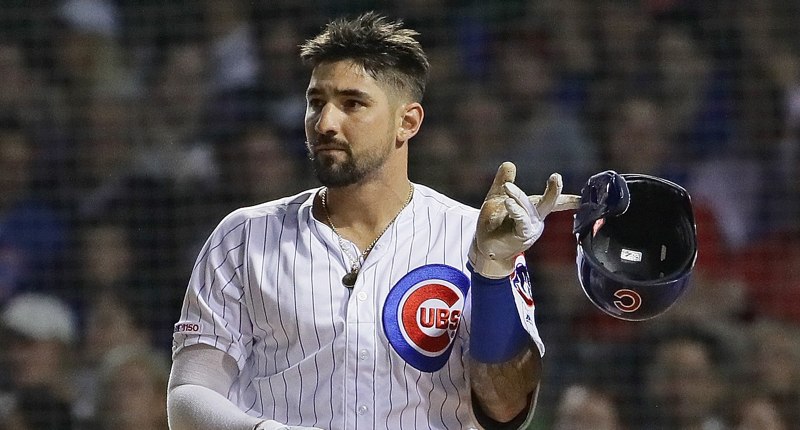 Five days away is just long enough to get me totally out of my routines, and set me up for struggles in adjusting back. I have already asked two people what day today is because I’m so out of the loop. It’s Wednesday. Wednesday.

Kintzler said he initially hurt his left side a few weeks ago when he fell on the mound at Wrigley during a pitch. It's been bugging him a bit ever since, but pain was bad in SD, so he felt like he was hurting the team and decided he should back off a bit to let it heal

B. Kintzler (Salt) will try from the mound in the next day or so. Fell off the mound a few weeks ago and never got right with his back/side: "San Diego was the worst pain I was in. That wasn't good for anybody."

.@sahadevsharma has a great story on how the Cubs' Pitch Lab in Mesa has produced real results with relievers. And he has some interesting news about a possible front office addition: https://t.co/uFtRPaFlxZ

The Brewers are built for Sept with the expanded rosters and extra arms in the bullpen. That strategy has worked well vs. both Cubs & Cards this month and is especially effective vs. these sub-.500 teams.

Plus, they just got Hiura and Woodruff back https://t.co/VoP29fBHbI

"Hader is Hader. He’s pretty good. I do my best to do a Hader impression with a two-inning save." https://t.co/NI5MhEWiGw via @MLB

Fun with small samples: Brad Wieck has a 1.42 ERA through his first eight appearances with the Cubs. Also …

Laugh of the day: #Cubs fan in Wrigley early goes up to ⁦@D_Ross3⁩ as he is watching Kimbrel simulated game and asks “Are you an usher?” David politely said no. Fan: “Sorry I was Looking for a guy in a blue shirt” Fan completely clueless who he was. ⁦@cbschicago⁩ pic.twitter.com/hlbehgeEZR