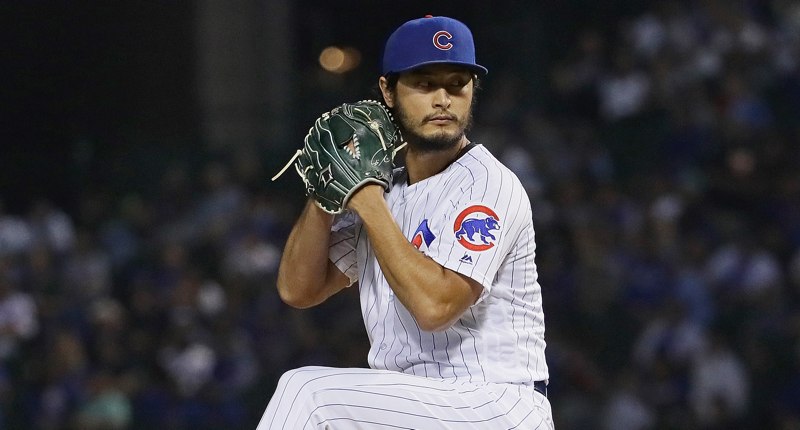 Yu Darvish made a really bad pitch to Aristides Aquino last night, and that pretty much changed everything in the outcome of his game. Making bad pitches to a guy who can really only crush bad pitches right now is a mistake you can’t make. Darvish made it, and that’s that.

But to suggest that was the entirety – or even the majority! – of his start last night would be so unfair, given how dominant it was otherwise.

So, then, I just wanted to share some things to enjoy from last night, as Darvish continues his torrid second half pace. Enjoy:

Caution: some of these strikeouts are NSFW pic.twitter.com/hj7tYDeCJc

Yu Darvish is at 217 strikeouts on the season. Since 1900, here's the list of Cubs pitchers to reach at least that many in one year:

The best of all:

Yu Darvish has 24 strikeouts over his last 9 innings pitched.