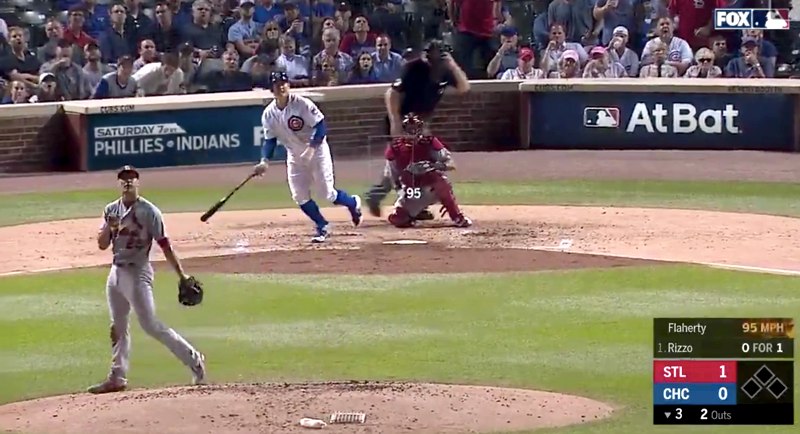 This is just unbelievable. A couple hours ago, Anthony Rizzo was almost certainly out for the regular season. And now he’s hitting home runs.

Jogging is better for the ankle than running anyway. I would recommend more homers as he recovers.

(In the meantime, it was funny that the homer tied the game up – the Cardinals scored their first run, in part, because Rizzo was a bit too hobbled to field a would-be sac bunt from Jack Flaherty in the top of the inning.)