The Padres Just Fired Their Manager, Opening Up One of the Most Attractive Jobs
Search
Skip to content 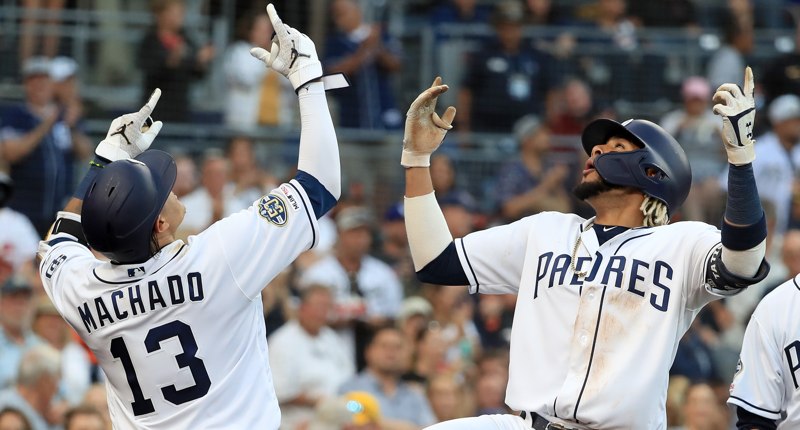 With Bruce Bochy retiring, there was already guaranteed to be at least one very attractive managerial gig available this offseason, and now, regardless of what the Cubs do, there are going to be at least two.

The #Padres have relieved Manager Andy Green of his duties: https://t.co/cmiBM7wo1x pic.twitter.com/lqaWVs8BZc

Even as the Padres haven’t been competitive in a while, that job is going to be lusted after by managers-to-be across the game. In addition to it simply being a great place to live and work, Jeff Passan does a good job summing up why the San Diego job is going to be so compelling:

Andy Green's firing in San Diego follows four disappointing seasons and opens up a tremendously appealing job. The new manager will inherit Fernando Tatis Jr., Manny Machado, Chris Paddack and arguably the best farm system in baseball. This should be a pick-of-the-litter gig.

Obviously the managerial musical chairs are going to be important to watch as Cubs fans, both because it could yield situations where Joe Maddon – a free agent, you’ll remember – may want to explore (he sure seems like a good fit for that young Padres club), and also because if the Cubs do part ways with Maddon, they will also be in the market for a manager. A hypothetical Cubs job would look very different from a Padres job, but both might be very attractive nonetheless, for different reasons.

You also never know if the Cubs may have an interest in Green, who was an up-and-comer and who now has quite a bit of big league experience. After four years, you understand why the Padres moved on – but it doesn’t necessarily mean, in isolation, that he’s not a good manager. I honestly couldn’t quite say with confidence at this time.

There are also always other potential connections. For example, say the Padres want to reunite with former front office man Mark Loretta, who is now the Cubs’ bench coach.

In any case, this is a major market move in the managerial space, and it’s all going to impact the Cubs one way or another, given their uncertain future at manager.