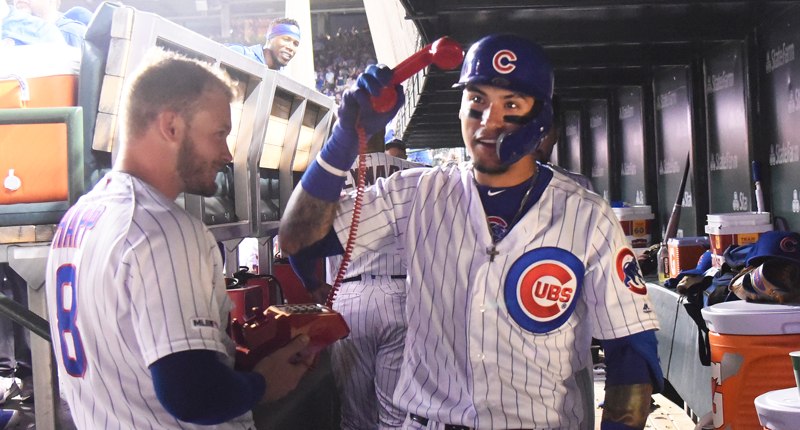 So many injuries and returns to keep tabs on. So much fun in a season that has already spiraled into the ground.

Javy Baez (fractured thumb) made his return-ish this weekend, pinch-running and pinch-hitting, though he’s hopeful he can make a full return at some point this week in Pittsburgh, after today’s off-day.

“After the day off, I’m probably going to be out there,” Baez told the Daily Herald. “I’ve been catching the ball. It’s feeling less than 50 percent. I said it when it happened, I was worried about catching the ball more than hitting, and that’s how it is. It really bothers me. I’ve been getting treatment every day and doing the things I can do, like hit off the tee. I’ve been feeling good, it’s still bothering me a little bit, but I would do anything to help my team.”

Like with Anthony Rizzo’s return, there’s something of an acknowledgement that these guys are coming back less than fully healed because the season is about to end. Typically, you’d hate to see it – and, indeed, it’s become a real sore spot with respect to Cubs position players seemingly constantly coming back from injuries too soon or playing through injuries that should sideline them. But with the end of the season coming, and if there is no risk of a significant additional injury? Then it’s hard to blame these guys for desperately wanting to get out there.

Rookie Nico Hoerner has done an admirable job filling in for Baez this month, and could still see plenty of action in the final six games. If Baez can get back out there, though, he’s going to be given that opportunity, and, if nothing else, it’ll be nice to see Baez on the field before the season ends.

The Cubs, meanwhile, cling to the narrowest of teeny tiny slim hopes for a Wild Card berth, currently trailing the Brewers and Nationals by 4.0 games with six to play.