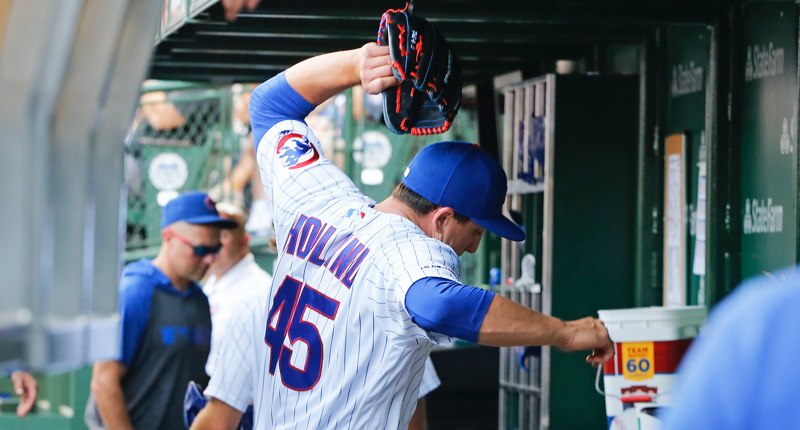 FROM ELIAS: The Cubs are the 2nd team in MLB history to be swept in a 4-game series at home, losing each game by 1 run. The previous instance was 100 years ago, when the Red Sox were swept in 4 straight games at Fenway Park by the Indians.

My take as the run comes to an end: Weekend wipeout sweeps away last shreds of Cubs' championship legacy https://t.co/DEeKy8ThFb

It was a critical 10-game home stand that started with 4 straight blowout victories and ended with 6 crushing losses, the last 5 by one run. @PJ_Mooney, @jon_greenberg and I chronicled what we saw over 10 days that culminated in a devastating Cubs collapse https://t.co/GVwURfUNxo

Brewers inching closer to the playoffs — even without the reigning National League MVP. https://t.co/IlfzKSup1A