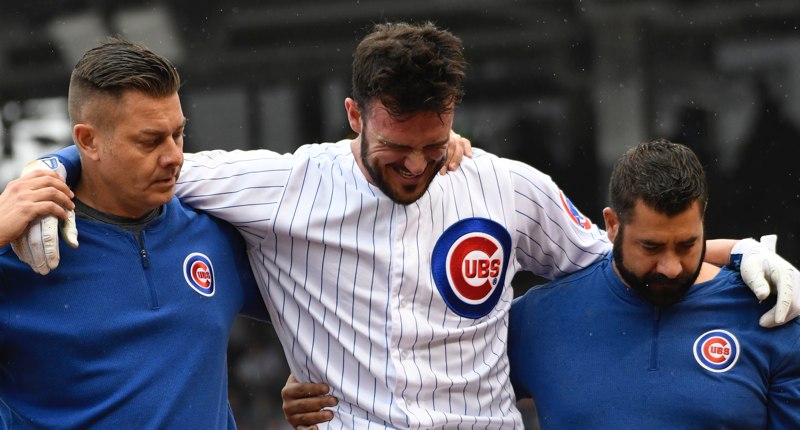 We won’t get the official word until later, and at that point it’s possible there will be a definitive timeline in place on Kris Bryant’s ankle injury.

But the reality is, with just six games left to play, anything other than the most mild sprain is going to end his season:

Headed to Pittsburgh this morning. Will get official word on Kris Bryant later today but hearing it’s a moderate (Grade 2) sprain on his right ankle. Not a surprise after seeing the injury occur. Same diagnosis, basically, Rizzo had. Would assume he’s not playing this week.

I kinda wish Rogers hadn’t thrown the Rizzo thing in there, because that dude came back in miraculous fashion – when the Cubs still had a division to fight for and a huge series on tap, and at a position that requires much less mobility. People will presume if Bryant doesn’t come back, then he’s softer than Rizzo. But that’s not really here or there – instead, the Cubs are likely going to be eliminated from postseason contention by the time Bryant could even put himself out there in pain, as Rizzo did.

That is to say: don’t be that person. A grade 2 ankle sprain usually has you out multiple weeks. Rizzo was just a freak of nature.

Hopefully the news on Bryant isn’t quite this bad, but to be honest, I’d be partly relieved to learn it is only a fairly bad ankle sprain. There are no long-term concerns there, if that’s the injury.