Well, There It Is: The First Theo Epstein Speculation Coming Out of Boston Skip to content 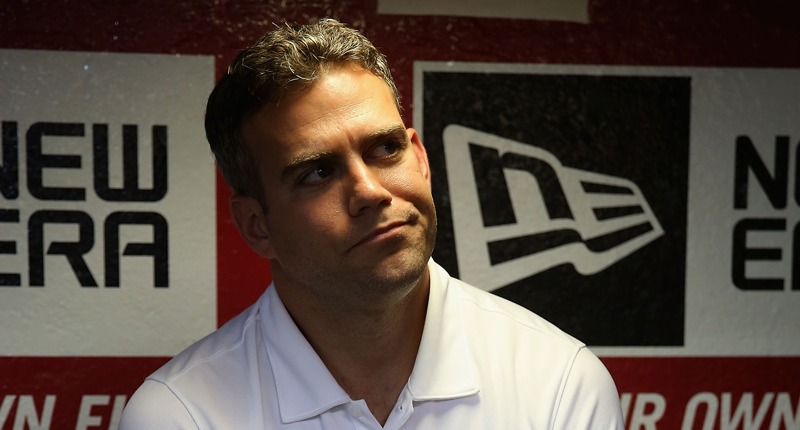 This was inevitable, and for that reason, should engender absolutely no concern at this moment. We good on that up front?

That is to say, with the Boston Red Sox searching for a new man to lead their baseball operations, their former GM – and current Chicago Cubs President – was always, always going to come up at some point in the Boston media.

Right now, the Red Sox search for Dombrowski’s replacement remains in its earliest stages, with no identified candidates. Amidst an information void, what to make of speculation surrounding Theo Epstein? https://t.co/o5SKQN0DLC

That’s a fine read. I say take it in and consider the history and the possibilities. But keep in mind that, as Speier’s tease notes, the article is entirely speculative, driven by the utter silence about the process coming out of Boston. Silence before the regular season ends is not necessarily a surprise, but it does create the kind of void that folks naturally like to fill with old friends and rumor mongering.

That’s why you see bits like this – a combination of informative background, but also idle (and conceded) speculation:

“Multiple industry sources are convinced the Red Sox also will want to see if they have a chance of reeling in some of the biggest fish in the executive seas. Given that the team is forever in win-now mode, the idea of finding an executive with a known track record is significant.

But there’s skepticism in the game that several of the executives with such a track record — Arizona’s Mike Hazen (the former Red Sox executive who just signed an extension with the Diamondbacks); Oakland’s Billy Beane and David Forst; Chris Antonetti and Mike Chernoff in Cleveland; Andrew Friedman of the Dodgers; or Jeff Luhnow of the Astros — would leave their jobs to pursue another that is increasingly perceived as unstable.

While the resources that come with the Sox job are appealing, the ouster of Ben Cherington less than two years removed from a championship and the departure of Dombrowski after one down year have led to a perception in some corners that the position comes with impossible-to-satisfy demands.

Epstein understands the particulars of working for the Red Sox better than anyone. For now, there’s little more than inkblots to interpret.”

In other words, *IF* the Red Sox top job is perceived as one too risky for the other top names, *MAYBE* a guy who’s been there before would be more willing than others to take on the task.

Again, all fine to write up if you’re in the Boston media. They wouldn’t be doing their job if they didn’t drill down a bit on the history of Epstein’s time with the Red Sox, his departure eight years ago, and the plausibility of a reunion.

But I want to be crystal clear on what this isn’t at this time: a rumor connecting Epstein to the Boston job. No one has suggested there are discussions, considerations, or anything of the sort.

In fact, here are the only actual data points we have:

For all the tumult right now in the Cubs organization, for all the reckoning needed, I have *zero* interest in seeing the Cubs lose their President of Baseball Operations at this moment. Instead, with two years left on his deal, I want to see Epstein take on the challenge of not only righting the ship, but also putting baseball ops in a fantastic position to thrive with a new leader if/when he departs in two years. I would like a smooth-sledding transition, not a “oh crap Theo’s out” transition.

We’ll keep tabs on the Boston opening for lots of reasons, both because of the Epstein speculation – and the Jed Hoyer speculation – and also because any time there is significant front office transition, especially where there are past relationships involved, it can impact what the Cubs’ own front office looks to do. This is a big, big story, even if it weren’t for any Epstein/Hoyer stuff.