Alec Mills is Still Probably More of a Swing Guy and Depth, But ... He's Got You Thinking About the Rotation Skip to content 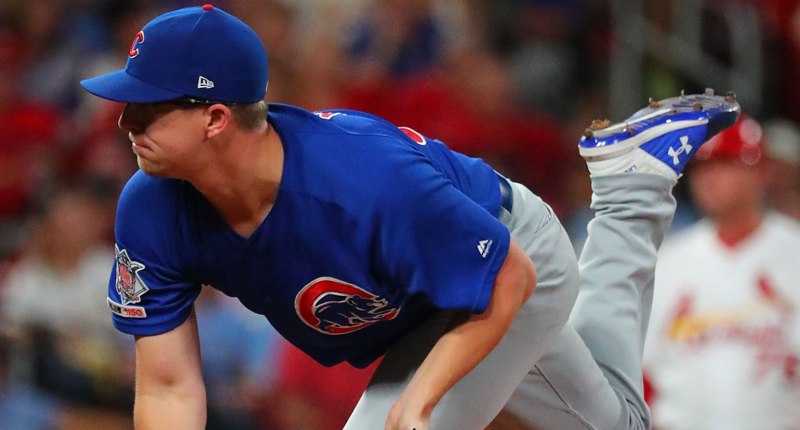 I’ve already kinda planted my flag on Alec Mills being a quality swing option for the Cubs next year, and he sure didn’t do anything last night to change my mind. He just looks the part whenever he gets a shot.

In fact, people are going to start wondering whether he should get a real shot to win a rotation spot next year, and it’s becoming harder and harder to argue against him getting a real shot.

I’d probably slow that roll because the big league sample is still so small, but I’ll mention again that this is a guy who was a legit big league starting prospect with the Royals, who has dominated at AAA with the Cubs when healthy, and has done nothing but put up good numbers in the big leagues when given a chance.

Yes, I think we should be viewing him more as a guy who could make the 2020 team as *the* swing guy in the bullpen, or as a more typical reliever while also being the 6th/7th/8th starter if a long-term injury develops, but the potential is there that Mills winds up in the rotation next year. He’s been that good, and he looked that part last night against a Cardinals team – in St. Louis – that was desperately trying to win.

On the night, Mills went 5.0 innings, allowing just one run on five hits and two walks, while striking out NINE. Think about the pressure he’s facing as a guy trying to show he can be a starter with this Cubs team next year, knowing he gets very limited chances to show it. And he does that in St. Louis? Setting aside the stuff, which we’ll get to in a moment, the dude obviously has the stones.

Mills, 27, has only 54.0 big league innings with the Cubs over the past two years, so again, we have to make sure not to go crazy. But they *have* been 54.0 very good innings: 3.17 ERA, 29.2% K rate, 8.1% BB rate, 49.6% groundball rate, 36.8% hard contact rate. Mills has the kind of numbers that, were he in another organization, you’d be looking at and wondering why he’s not getting more of a chance, and thinking about how you could pluck him away. Just saying.

You don’t think of Mills as a “stuff” guy because the velocity isn’t there, but consider what he actually does: throws a 91 mph four-seamer at the top of the zone with good life, throws a 90 mph two-seamer with great run on both sides of the plate, throws a 68 mph slow curve with tremendous break, and then throws a pretty good wipeout pitch on both sides of the plate, a slider with a sharp break and a changeup with really good fade.

His slider, by the way? The thing is top 100 in spin in all of baseball for all pitchers this year. That’s how he gets such a sharp break.

Oh, but also, he’s very much a command guy. Or maybe he’s just a “guy.” You combine his diverse pitch mix with this kind of command, and you’ve flat-out got a guy: 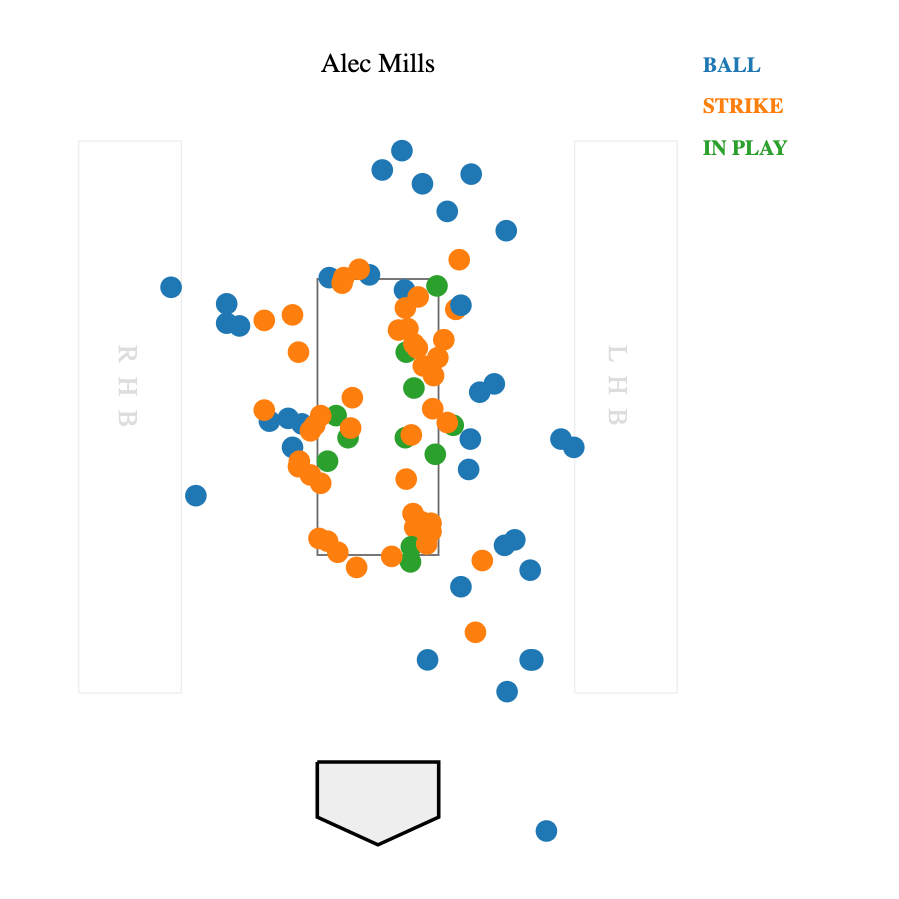 Talk about framing the strike zone and avoiding mistakes. That chart is insane, and looks like something you’d see from Kyle Hendricks or Jon Lester.

For an organization with so many rotation questions going forward outside of Hendricks and Yu Darvish, I think it would be a mistake not to pursue some external options this offseason. But having Mills in the fold, with the value as a swing man or reliever, and with the potential to be a quality starting pitcher? I love it. Big ups to the Cubs for targeting him when he was squeezed out by the Royals, and then for helping develop him despite the hip and elbow injuries the last few years.