WOW: The Brewers Just Lost the Wild Card Game in the Most Painful Way Skip to content 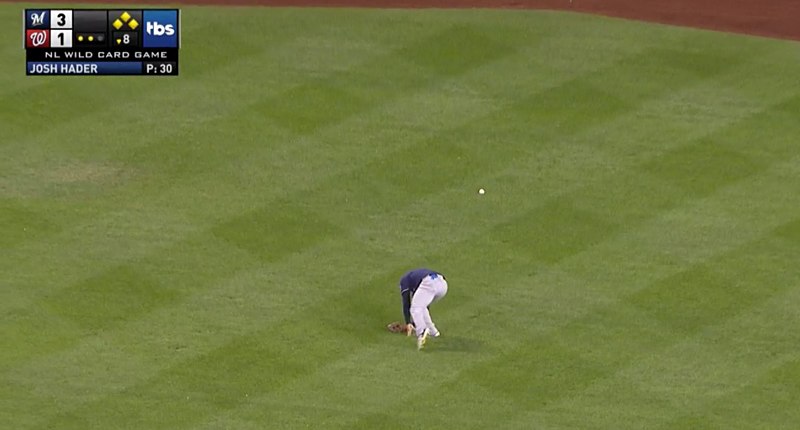 I can only imagine the heartache right now for Brewers fans having not only watched their team lose the winner-take-all Wild Card Game, but for it to have happened how it just happened?

It was sufficiently bad that I do feel bad for the fans.

Still, I’ll also admit it was just hilarious to watch.

Taking a 3-1 lead into the 8th, with Josh Hader in to finish out the game, the Brewers looked to be booking flights. But Hader loaded the bases with two outs, and Juan Soto came through with what could have been maybe a game-tying single.

Except … rookie Trent Grisham made an all-time biff:

That’s a three-run, game-winning *single* for hero Juan Soto, as the Nationals now move on to face the Dodgers in the NLDS.

That’s such a painful way for your season to end. It was bad enough last year when the Cubs lost the Wild Card Game in extra innings. But dropping one like this? Oof. That’ll stick with you.