MLB insider Jon Morosi was on 670 The Score to discuss, among other things, the Cubs’ possible trade pieces heading into this offseason, and the big name, of course, was Kris Bryant.

As expected, Morosi opined that Bryant will be available this winter – the Cubs have conceded (in a way that goes slightly beyond the “no untouchables” thing) that a guy like Bryant could be had in trade, depending on how the roster is remade. But Morosi added that the market is not necessarily going to be kind to the Cubs if they’re looking for a monster return.

Morosi pointed not only to Bryant’s injuries, but also to the fact that this free agent market will feature a similarly-capable third baseman in Anthony Rendon, as well as a less-costly option in Josh Donaldson. Are there enough contenders out there that would give up huge value for two years of Bryant against that backdrop?

Moreover, Morosi makes a sage point that trading a guy who has been seen as a “face of the franchise” type does bring with it a feeling like you’ve really gotta be able to sell the move to your fans, which means a really significant haul. To be sure, I don’t expect this front office to be moved by the whims of the fan base, but I do think this concept speaks to the total value of someone like Bryant. Isn’t it possible that his value to the Cubs could be slightly higher than to a team that has never had him in-house? And if that’s true, you would really have to get a significant return – maybe a little extra – to justify such a trade. 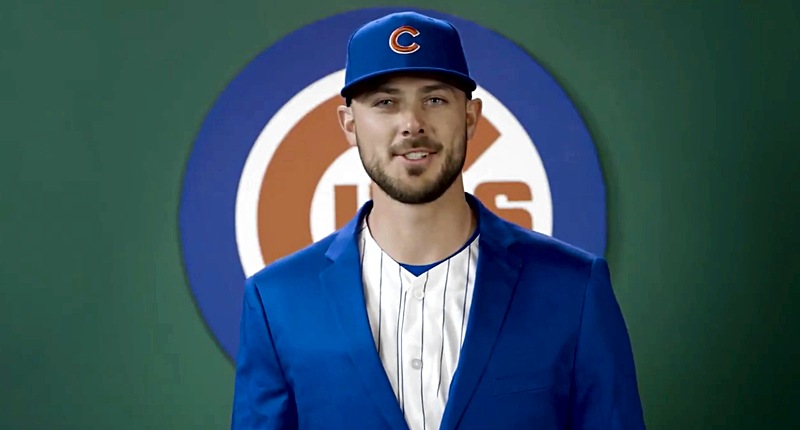 There would be plenty of interest out there in Bryant, abstractly speaking, and it’s not too hard to come up with plausible trade partners, even if you have questions about the return.

For example, Morosi pointed to the Rangers – repeatedly, and specifically – as a fit for a Bryant trade. He was asked to opine, mind you, but boy, he sure seemed ready to talk very specifically about Bryant and the Rangers.

His rationale was about the hole at third base, the corner the Rangers are trying to turn, and the new ballpark they’re opening next year. I found it interesting that Morosi did not mention the front office familiarity and extensive trading record between the teams, which would undoubtedly help in trade talks.

But is there really a good trade fit there? To be sure, the Rangers are trying to compete in 2020, are expected to bump payroll up, and GM Jon Daniels identified third base, specifically, as an area for upgrade.

Would the Rangers want Bryant? Yes. Of course. That part, I see.

But as a trade partner, do they work for the Cubs?

It’s so hard to answer that question because you wouldn’t even consider moving Bryant right now unless the return was (1) massive, (2) helped you defray the loss of Bryant’s productivity in 2020 and 2021, (3) helped you for the longer-term, and (4) coordinated well with other roster moves.

We can’t know about number four, and that’s a biggy (for example, if the Cubs were going to go balls out for Anthony Rendon and knew they could land him, well, then, the calculus in trading Bryant is fundamentally different). The Rangers don’t have an elite farm system or big-time impact talent near the big leagues, and they also don’t necessarily have the right young pieces on the big league roster that would entice the Cubs. The Cubs would absolutely have to love Danny Santana or Willie Calhoun (maybe more than is justified), or some of the young members of the rotation (which don’t look particularly impressive).

I have a really hard time seeing the match, on a first glance, from the Cubs’ perspective.

But, as I said, and as Theo Epstein said this week, you can’t really know what’s going to be out there or how things are going to look until you actually get there.