That Game Was Designed to Make the Cubs Jealous, Sportsbooks Are Coming, and Other Cubs Bullets Skip to content 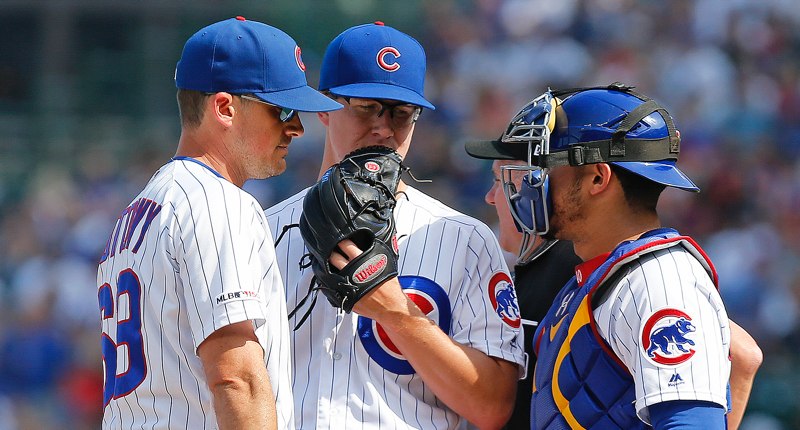 Anyone else suddenly feeling like the biggest Braves fan on either side of the Mississippi?

Yandy Diaz didn't hit dingers in Cleveland now he does. Tyler Glasnow struggled in Pittsburgh and now he looks like a future CYA candidate. Know what your players are capable of and extract it from them. The Rays do it well. https://t.co/rFPMGCWpxd pic.twitter.com/bw7LMZxirO

After months of speculation, Ted Leonsis announcing today William Hill will operate a sports book at Capital One Arena. He’ll treat them as a tenant but this puts the Wizards and Capitals in the gambling business unlike any other pro team in U.S. https://t.co/v5ncgOz1rc

Mitch Trubisky is Going to London, But Chase Daniel Will Start at Quarterbackhttps://t.co/LDFsYy073C

Kyle Long Says He’ll Be Back This Week https://t.co/uv5082QYAZ

It's going to be hard to hear the Bulls without hearing Neil Funk. Drink it in one last season, Bulls fans. https://t.co/bKAE9WG1IK