Carlos Martinez and the Cardinals Would Like You to Respect Them and Respect the Game, Please Skip to content 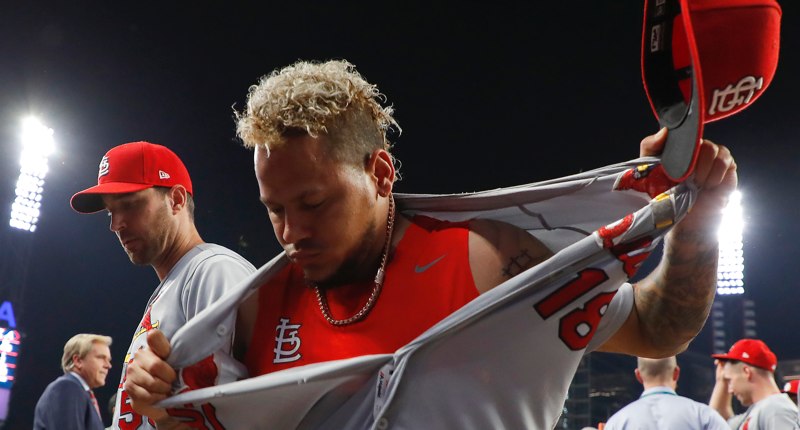 In the 9th inning of Game 1 of their NLDS match-up, Carlos Martinez was called upon to close out the Cardinals’ four-run lead over the Braves.

Martinez pulled it off, just barely, allowing two homers and three runs before getting the final out. You’d think that, given such a performance, you wouldn’t say much of anything after the game besides, “Whew. I need a set of pantaloons, but we got it done!”

But nope. Instead, after giving Ronald Acuña some words on the field after the youngster stared down a 455-foot no-doubter in the 9th and did a little shuffle step at third while rounding the bases, Martinez dropped the kind of line you expect from the fuddy duddiest of baseball’s elder class:

The Cardinals weren't thrilled by how Ronald Acuña Jr. rounded the bases on his 9th inning homer, enough that Yadier Molina went to the mound to calm Carlos Martinez down afterwards.

Postgame, Martinez said: "I wanted him to respect the game & respect me as a veteran player."

Hey man. Act like you’ve given up monster bombs in the 9th inning before, AMIRITE? Acuña respected the heck out of the meatball you served him, so there’s that.

After getting the third out at the end of his terrible, terrible performance, here is Martinez celebrating with Yadi Molina, and Molina appropriately then holding him back:

In all seriousness, it was disappointing to see Martinez of all players espousing that kind of 1940s BS, because he’s one of the most playful, demonstrative players out there. As much as anyone, he should understand a kid like Acuña having some fun in a huge moment. Martinez was probably feeling a little ego-bruised, and let it get to him. I suppose I understand. But let the kids play and all that.

Game 2 of the series is this afternoon at 3:30 pm CT, with Jack Flaherty facing Mike Foltynewicz.