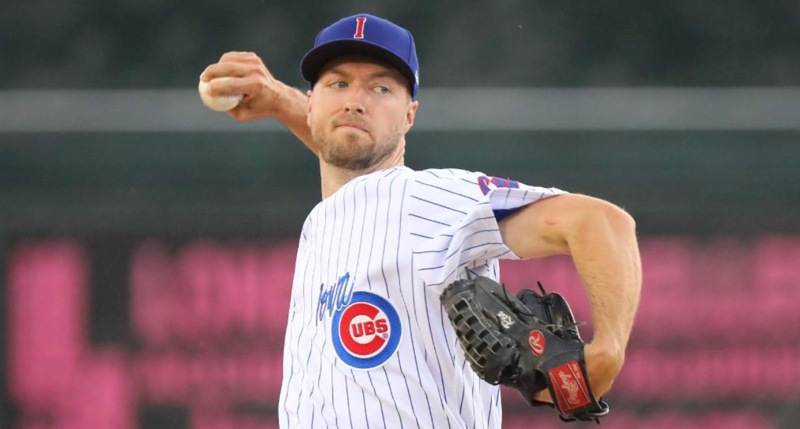 Last time, we talked about the various holes the Cubs will need to fill to have a full offense, with proper depth for Chicago, in Iowa.

Today we’ll talk the pitching side, and it’ll probably leave you feeling a bit more optimistic.

I don’t have to tell you how essential the Triple-A pitching staff is. The inevitability of mass injuries to a Major League group means that you need a freakin’ dozen arms in Triple-A ready to help out. We saw it this season to a great extent, and with mixed results.

I think you’ll find the Cubs are in a decent position next year to offer proper depth, even if much of the potential breakout arms are a level or two lower than this.

Note that I’m not including four players who are out of options in 2020: Alec Mills, Duane Underwood Jr, Danny Hultzen and Allen Webster. Those players either need to be in Chicago out of Spring Training, need to be injured, or need to be removed from the 40-man roster. While each player is different, I could see the Cubs keeping some (Mills seems a good bet to make the team), I could see them trading one for IFA money, and I could see them getting non-tendered with pre-arranged minor league deals to return to Iowa. We’ll see.

Two big decisions await here. One is Kendall Graveman, who Brett dove into recently. It’s hard to imagine Graveman starting the year in Chicago, especially with his minor league option remaining, so I envision the likeliest scenario being that he leads the Iowa staff.

The other big decision is Colin Rea, the Pacific Coast League Pitcher of the Year, who is set to be a minor league free agent. Of course, the Cubs could block free agency by adding him to the 40-man roster. I think this is probably a no-brainer, but if the Cubs look at Rea’s FIP being far worse than his ERA, and decide that his 40-man spot could be better used elsewhere, it will open a hole.

I’ll go forward under the assumption that Graveman and Rea will be in Iowa.

The third spot is Adbert Alzolay’s, who I can only hope doesn’t get injured in Spring Training, and has his first healthy March in three years. Next season is a huge one for Alzolay, who will be down to his last minor league option. Come 2021, the Cubs won’t have the luxury of kid’s gloves with the very talented righty.

The last two spots I currently have slated for Tyson Miller and Cory Abbott. Both seemed to prove everything they need to prove at the Double-A level, and while the juiced ball risks giving their type of pitching fits at the moment, they’re ready for the challenge. Miller needs to be moved to the 40-man to not be eligible for the Rule 5 Draft this year, and that promises to be a fascinating decision. Early presumption is that he is added.

If one of these five players go down injured, the Cubs also have Matt Swarmer ready as Iowa’s sixth starter. Swarmer had a better season than his ERA suggests in Iowa, but it also might be time to give him some looks in the bullpen, to see if his deception would play up there.

I have to imagine the Cubs will say goodbye to Trevor Clifton, a minor league free agent who will likely have clearer Major League paths in a different place. I liked the slider he brought this year, but I think he’s a reliever. Zach Hedges will offer some rotational depth, and Duncan Robinson should return from Tommy John surgery at some point during the year. Nonetheless, expect the Cubs to bring in a minor league veteran or two for competition.

I expect a lot of familiar names here. James Norwood and Dillon Maples will both be down to their last minor league option in 2020, and both strike me as unlikely fits for the Opening Day Major League roster. I expect to see them back in Des Moines.

Then, there’s the crew of guys who are eligible for the Rule 5 Draft: Dakota Mekkes, Jordan Minch, Michael Rucker, Wyatt Short, Craig Brooks. None of these guys have quite broken through yet, but all seem pretty close to me. I see Mekkes as the likeliest addition to the 40-man roster (I’d add him based on the talent), as another team could see his dominant numbers pre-AAA, see a bit of increased velocity in 2019, factor in the juiced ball, and take a chance.

If none of that group are chosen in the Rule 5 Draft, then, combined with Swarmer, you’d have a full eight-man bullpen.

The Cubs will also add two players that missed 2019 with injury after being acquired last winter: Jerry Vasto and Conor Lillis-White. There are guys in Double-A who are probably ready for promotion: Bailey Clark, Tommy Nance, and Ben Hecht, for example. But the party might prove too full for them.

And, of course, the Cubs will add extra competition in the form of a number of minor league veteran additions and depth/reclamation trades. The Cubs like to have a busy camp on the pitching side, and of course, you will need to account for injuries.