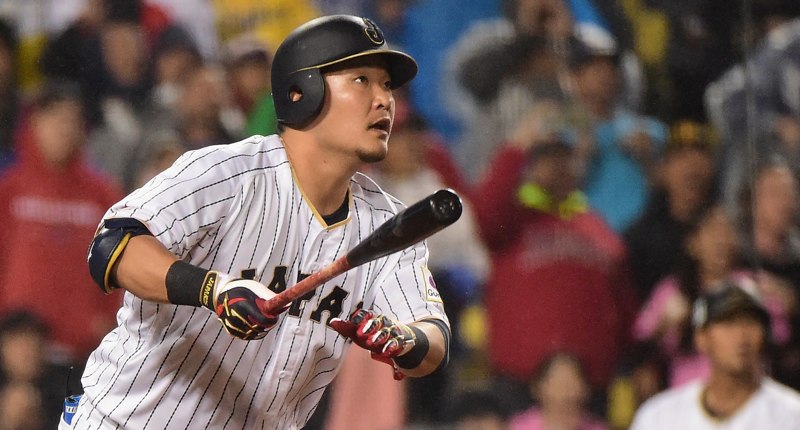 One of my favorite threads to follow in a given offseason is when a big-time star from Japan or South Korea might be/is posted to MLB.

I’m not sure why it is so fun to me, but I guess it probably has something to do with the idea that the range of possible outcomes for the transition are anywhere from total flop to superstar. And you really don’t have a great sense of just how impactful a guy will be until he starts playing – even the ultimate contract doesn’t always tell you what’s going to happen. Any team out there might suddenly get a superstar out of nowhere! Or they might get nothing at all. It’s wild.

Anyway, as is always the case this time of year, there is at least one big star coming over from Japan: outfielder Yoshitomo Tsutsugo:

Tsutsugo, 28 next month, is one of the best hitters in NPB, posting a .900 or better OPS every single year since 2014 (OK, well, .899 this year). The league average is around .716, so he’s a stud at the plate. I get the sense most believe his bat will translate, at some level, to MLB. Of course, the range of possible outcomes, as you know, is wide.

The rub with Tsutsugo is that he might be defensively-limited, which will not be kind to National League teams that want to get in on the bidding:

Probably avg-ish corner OF. Not sure if he has the arm strength for regular time in RF in MLB.

Tsutsugo spends most of his time in left field, though he has also played at the corner infield spots.

As far as the type of hitter he is, and how he’d transition to the big leagues, there’s reason to be concerned that he’s going to be a big-time power guy who takes a lot of walks, but also strikes out plenty. In his NPB career, he’s struck out at a 20.8% rate, slightly elevated for the league. In 2019, his strikeout rate was all the way up to 25.3%. In the transition to MLB, that number is almost certain to climb, which is a serious potential roadblock to impact offense. To be sure, Tsutsugo also takes his walks – 13.3% for his career – but he’s got the look of a three-true-outcome guy, and, for one team, that might not be what the Cubs are looking for this offseason.

For more on Tsutsugo, this CBS writeup is great. Note that the posting process will not begin, likely, until some point in November or early December, with a 30-day negotiating window with teams to follow. (The new system features a posting cost that depends on the ultimate price of the contract – it’s around 20%, but it slides down from there as the contract gets pricier.)

We’ll have to track the process to see which teams get involved with Tsutsugo, though the early speculation is going to focus on American League teams with obvious holes at first base/DH, and West Coast NL teams. The Cubs will explore any and all avenues to find impact talent, but tentatively, I don’t see an obvious fit here, both because of the positional issues and because of the type of hitter – and lineup diversity – they’re more likely to seek out this offseason.