Three Years Ago Tonight, Travis Wood Was a Legend Skip to content 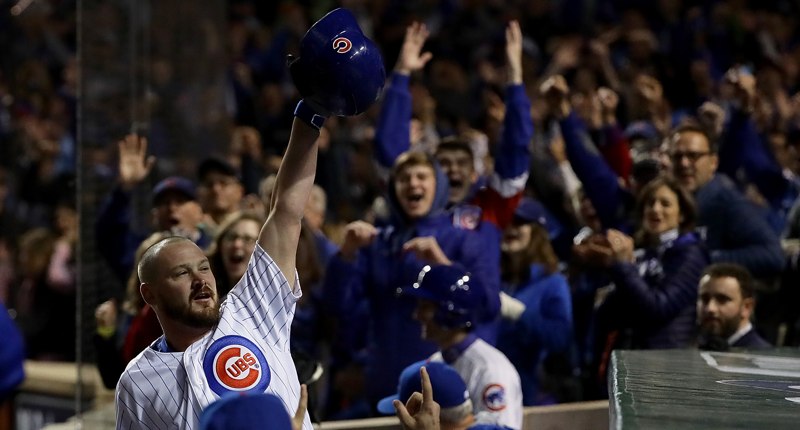 Big thanks to NBC Sports Chicago for the reminder that tonight is a very special anniversary from the 2016 NLDS against the Giants.

I was at tonight’s game Game Two, which saw the Cubs beat up on Jeff Samardzija early – including a bases-loaded hit by Kyle Hendricks! – before Travis Wood was called upon in the 4th inning. The then-shirt-wearing lefty not only got out of the inning, he came to the plate in the bottom of the frame and made history:

Not only was that moment incredible, it’s interesting to think about how much offense the Cubs got from PITCHERS in that four-game series. Wood’s homer, Hendricks’ two-run single, and Jake Arrieta’s three-run homer in Game Three.

Anyway, this was a fun memory, and we don’t have any new ones to be made right now. So enjoy.