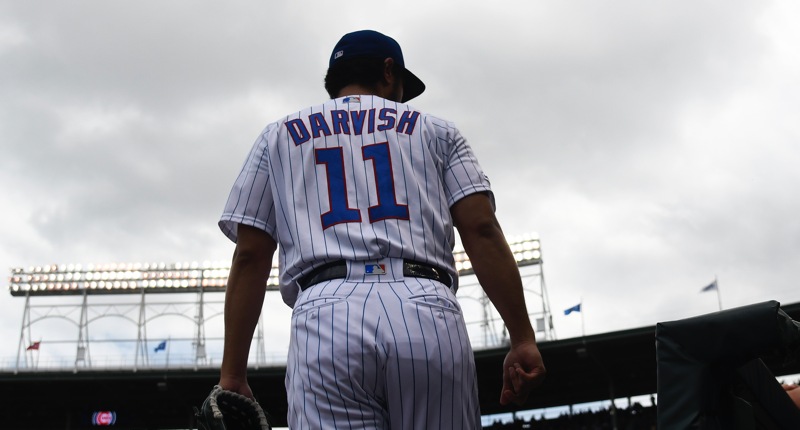 A little time off never hurt anyone, but some guys are just meant to grind.

So it is with Yu Darvish, who was right back to work at Wrigley Field yesterday, just a week after the Cubs’ season ended:

After an extremely rough start to his time with the Chicago Cubs, from disappointments early in 2018 to a serious elbow injury to surgery after the season, to dreadful command to open 2019, it’s truly eye-popping to see just how good he was in his final 13 starts on the year: 2.76 ERA, 2.83 FIP, 37.8% K rate, 2.2% BB rate. The ERA and the FIP are both 37% better than league average over that stretch, and the K and BB numbers speak for themselves. The second half of Yu Darvish’s season – incidentally, when he was dealing with some forearm tightness – was absolutely ace level.

Mike Petriello took up that particular conversation again today, and although it makes for a very nice praiseful read on Darvish, I just don’t see a realistic scenario where Darvish truly considers opting out:

Yu Darvish probably is not going to opt out, but after that disappointing 2018, it says a lot about how great he was this season that it's even something to talk about.

Darvish has four years and $81 million left on his contract with the Cubs. Is it conceivable he could get more on the open market? Sure. Is it likely when you consider everything? Nah. But, is it a problematic contract for the Cubs? No way. I dig it. Looks solid at this point, and I’m glad that I don’t think he opts out.

You are reminded, in addition to the risks of a 33-year-old pitcher with multiple recent arm injuries and some severely down performance after a transition to a new team, Darvish just sounds like a guy who is happy and comfortable with the Cubs:

That’s a great read right there, even today, as it winds up bringing together why Darvish is extremely unlikely to opt out, AND why he’s already getting back to work at Wrigley Field. Darvish told the Sun-Times late in September that he wanted to start throwing earlier than usual this offseason so that he doesn’t lose the command and confidence that was so clearly pumping through his every vein in the second half.

As long as he can stay healthy throughout the process, then by all means, God bless. Because of the Cubs can get the second half Darvish for an entire season in 2020? That’s an ace that almost any team would love to have as the first guy up in their rotation.

Darvish’s opt-out decision is due five days after the World Series ends, but I wouldn’t worry too much about it.