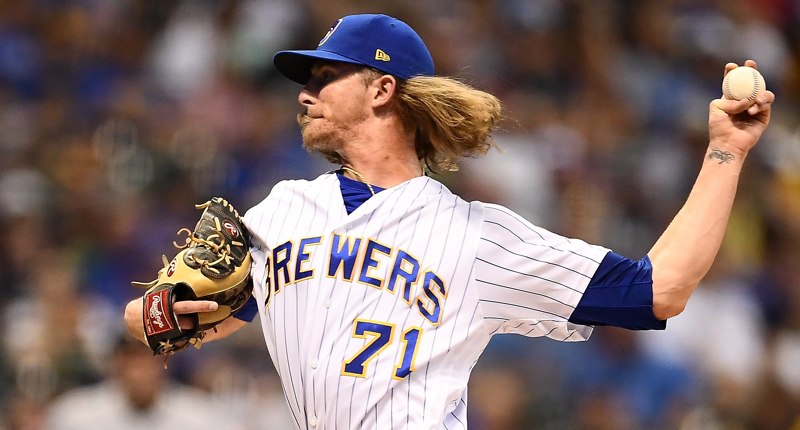 Wow. I’ll admit you’ve gotta be pretty into the weeds of baseball finances and transactions to find this as “wow-able” as I do, but it’s a huge deal.

Some Brewers news: Josh Hader is arbitration eligible as a Super Two with two years, 115 days of service.

That means a) he’s about to get paid, and b) the cutoff this year is low — very low. https://t.co/bUkm0xl3Pn

As McCalvy notes, there are a couple big/surprising bits of information in that single revelation that Hader is going to be a Super Two.

For one thing, no one – even MLBTR, which just released its arbitration projections yesterday – was expecting Hader, the Brewers’ super-elite closer, to be arbitration-eligible this year. That means he’ll get a substantial salary increase next year over what the Brewers were probably anticipating, *and* it means his earning power through his arbitration years (for of them instead of three) just skyrocketed. A dominating Hader might have previously expected to see, what, $30 to $35 million in his three arb years? Now, he might see upwards of $40 to $50 million. And in 2020, alone, instead of making like $600,000, he could make $7 or $8 million.

On the financial side, this is a blow to the Brewers’ planning, I reckon.

For another thing, I can’t recall the last time the Super Two cutoff was this low. For a refresher, basically you’re arbitration-eligible for years four, five, and six in the big leagues. But the guys who are shy of three years service time, but are in the top 22% of all players with at least two years service time (i.e., two years and a lot of days), also qualify – those are the Super Two players.

Going back a decade at MLBTR, the lowest the cutoff has ever been is two years and 122 days. Usually, the rule of thumb is two years and 130 days. So this cutoff is extremely low. Hader won’t be the only surprise out there.

And now you’re wondering: are any Cubs surprisingly now going to be Super Two eligible?

No. We already knew that Kyle Ryan was going to qualify. The closest new addition would have been Ian Happ, but he gets excluded because of an ancillary rule.

Ian Happ came up on July 26, which means he accumulated 65 service days this year. Add that to his one year and 142 days prior to this year, and he has well over the cutoff figure … however, there’s an obscure exclusion in the Super Two rule: you have to have been in the big leagues at least 86 days in the year preceding arbitration. Since Happ falls short of that figure, he will not qualify for Super Two, even though he’s got enough service time. Obviously that really sucks for him.