I Must Report That the Cardinals Did Not "Eff Them Up", Yankees Did Rough Up the Astros, Though Skip to content 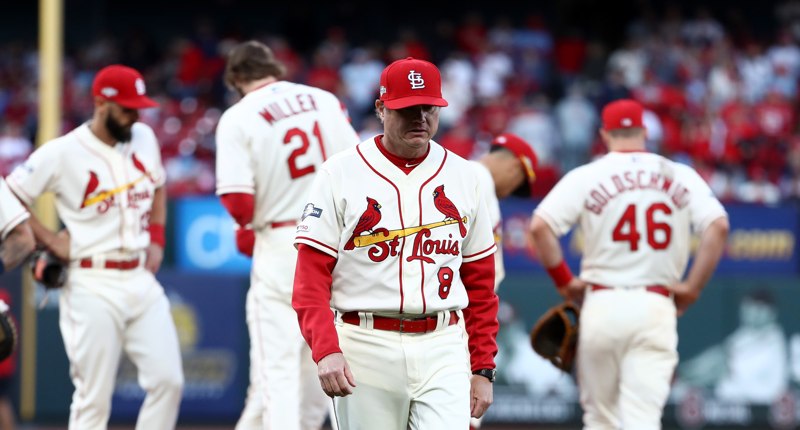 After taking out the Braves in the NLDS, the Cardinals got whipped up into an appropriate post-game celebratory lather by their manager/supervising actuary Mike Shildt.

Among his comments, censored for the children by turning all the F-words into what my autocorrect always thinks I am trying to type: “That’s how we roll. No one ducks with us ever. Now, I don’t give a duck who we play. We’re gonna duck them up. We’re gonna take it right to them the whole ducking way. We’re gonna kick their ducking ask.”

Shildt’s Cardinals responded by scoring a grand total of a (one, singular, uno) run in their two home games to open the NLCS, and even that one came only because Nationals center fielder Michael Taylor missed a ball coming right at him. The Cardinals were no-hit going at least into the 7th inning both games, and managed just four total hits in the two games. Ducking rough.

To be fair on last night, at least, a lotta teams have been shut down by Max Scherzer. No shame in that. And Adam Wainwright pitched the dang game of his late-30s. But now the Cardinals have to go to Washington down 2-0, with Stephen Strasburg taking the mound on Monday night. The Cardinals counter with Jack Flaherty, though that won’t much matter if the bats don’t start ducking hitting.

Meanwhile, the Yankees whooped the Astros 7-0 in their ALCS opener, and the story was Gleyber Torres, who homered, had three hits, and drove in five. It was a great night, and perhaps he will even help the Yankees win a World Series eventually:

I’m not even gonna have the conversation. I think it’s swell that he’s performing so well on a big stage. Good for him. That’s really all I feel.

Zack Greinke started that one, giving up three over his six innings, but then the bullpen let things get way out of hand. Even the Astros can get blown up, you see. The Yankees are very good. Let’s just say, on paper, the AL teams are a little stronger than the NL teams …