If Baseball Has An Opioid Problem, the Spotlight Cannot Come Quickly Enough or Shine Brightly Enough Skip to content 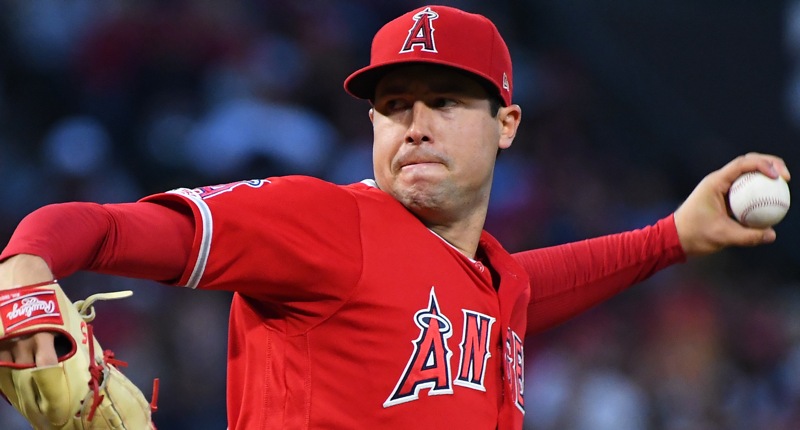 Last summer, while I was still in a walking boot from foot surgery, I took The Little Boy to a birthday party at one of those places where there are trampolines and soft foam pits and all kinds of that jump-around-and-be-crazy stuff. He loved it. Great friends, great time, great constant crashing into foam walls and asking if I was watching. Yes, son. Yes.

I remember it so vividly, and likely will forever, because I’ve quietly been haunted by a conversation I had with an older man who was there with his granddaughter. It was just kind of one of those things that shocks you, and then you leave it right there because you don’t want to carry it around with you. I think it’s appropriate to share it today, though.

We just happened to be sitting next to each other on a bench in front of one of the foam pits, and started chatting about the kids having fun and all that good normal stuff. He asked about my foot, and I explained I’d finally had to have surgery to repair some damage from an injury back in college playing baseball. He said that his youngest son played baseball and also suffered a foot injury playing baseball in college. Small world. We laugh. I explain that mine wasn’t competitive play, just more of a backyard game with friends, and me being an idiot with a pillow as a base. We laugh some more.

He talks about his son’s baseball career, his other kids, his granddaughter. He’s an affable guy, but he also has a layer of distance that I can’t quite peg. Like a film that covers him just enough that you notice, but not so much that he isn’t interacting normally with the world. Maybe that was just me thinking I saw something that wasn’t there, or maybe it was me later trying to retcon more context in my memory. But I saw it. I could tell. That, too, haunts me.

After about 10 minutes of added small talk – my kids, my job, my physical therapy stuff – I circled back to his son. I wondered how much time he missed, and whether he kept playing in college, or even if he wound up continuing to play after college.

The man answered so plain. So fast. I can see and hear him saying it.

“Play? Oh, no. He broke the foot, got addicted to painkillers, overdosed and died.”

I offered whatever fumbled condolences I could muster through the shock, and the conversation faded from there. I don’t know how long ago it had been for him, or the particulars of what he’d been through since then. But he suddenly seemed so very sad. Profoundly sad. The kind of sad that you have no choice but to wear around forever like a film that covers you, leaving others to wonder if they really saw it at all.

There is some very sad, very scary reporting from Outside the Lines about the sudden death of Angels pitcher Tyler Skaggs.

Skaggs, who was just 27 when he passed away this summer, was found to have fentanyl, oxycodone, and alcohol in his system at the time of his death, which was officially caused by asphyxiation from his own vomit.

The OTL report gets into Skaggs’ death, how Angels employees may have known he was abusing opioids long before he died, and how other Angels players may have been abusing as well:

BREAKING: Angels employee tells DEA about extensive opioid use with Tyler Skaggs, that he told two team officials about Skaggs' abuse, and named other players as having used opioids, sources tell OTL.https://t.co/YGmF58mX7M

Perhaps the scariest baseball-specific element of that story is the possibility that the Angels knew they had a serious problem with multiple players, but hid that fact from MLB to avoid an investigation and a rash of player suspensions. You really hope that’s not the case. To be clear, the Angels deny that they had any knowledge of the abuse, and it is certainly possible the singular Angels employee who was supplying Skaggs with drugs was lying about having communicated with others in the Angels organization.

Regardless, the story absolutely leaves you concerned about player welfare. There’s going to be a huge investigation by MLB, and likely by the Angels as well, after the federal investigation concludes.

Given the national concerns about opioid abuse, and given how much of professional sports involves pain management, I’m now worried that this is a topic where the dots haven’t been connected enough. Players are not tested for opioids, and in Skaggs’ case, he was receiving the drugs directly from a member of the Angels’ front office.

Craig Calcaterra takes a deeper look at how MLB’s system is designed to help players with drugs of abuse, how the Angels may have horribly failed Skaggs, and wonders whether the problem runs much deeper and wider:

Major League Baseball has an opioid problem. Now what? https://t.co/xFpHdEoYWq via @HardballTalk

Hopefully the problem isn’t as widespread as you could now reasonably fear. Moreover, hopefully this tragedy is the spotlight necessary for MLB and its teams to make sure no other players are unnecessarily put at further risk. Even in cases where teams are not directly involved in the provision of drugs or administration of treatment, you want them to know what is going on so that they can immediately intervene to get players help before something terrible happens. That’s how the system is supposed to work.