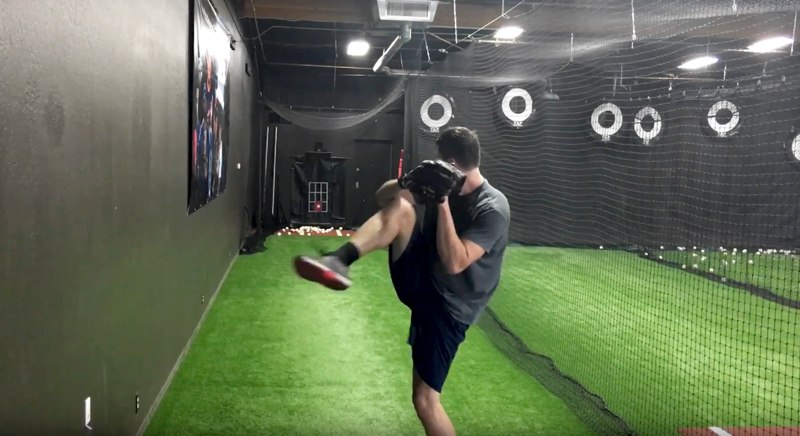 Another chance at an incredible story. I mean, it’s already a great story, but now we get to keep following it.

Last spring, former Chicago Cubs prospect Luke Hagerty became current Cubs prospect Luke Hagerty after an intervening stretch of 15 years, only a few of which were in organized baseball. Hagerty, who’d washed out of the minors in the mid-2000s, was a 37-year-old who’d been running a baseball clinic for pitchers, wound up himself something of a test case, then threw at DriveLine, and then emerged as a big lefty with a blazing fastball.

Even before he threw a pitch in the Cubs system last year, he was one of the best comeback stories you’d ever heard:

In 2002, Luke Hagerty was a first-round pick of the Cubs.

In 2007, the yips chased him out of organized baseball.

Baseball has a history of amazing comebacks. At 37 years old, Luke Hagerty could be the best. Story at ESPN: https://t.co/Rn288Ln08R

Unfortunately, in a year with a trio of incredible comeback stories in the Cubs’ farm system (Hagerty, Danny Hultzen, and Robel Garcia) only Hagerty’s didn’t see him reach the big leagues.

In fact, Hagerty never even got to throw a pitch in the Cubs’ system outside of Spring Training thanks to an elbow injury that required surgery. It was another blow in a string of blows that easily could have been the moment for Hagerty to walk away.

But it’s not time yet. Hagerty, who turns 39 in April, is still ready to grind:

Happy to report I’ve Re-signed! Lets go! Thanks for all the support! @cubs #everybodyin #flythew @x2athlete

Although Hagerty absolutely is a great “story,” it’s important to remember that he isn’t only that. He’s a big dude who was throw 99 mph before the injury. And, even though he’s older, that doesn’t mean he can’t burst through as a reliever for a year or two or three if the command is there. The Cubs won’t need him to be anything more than a depth, roll-of-the-dice arm in the minor leagues for most of 2020, so he and they can take their time, and see what they have in him in the second half.

And don’t rule it out – Hagerty says he’s throwing pain free now for the first time in 16 years:

Whatever happens, how great is it to have a guy like that in Arizona, working together with the young pitchers in the Cubs’ system? Think his effort and determination and experience and wisdom might rub off on a few guys?