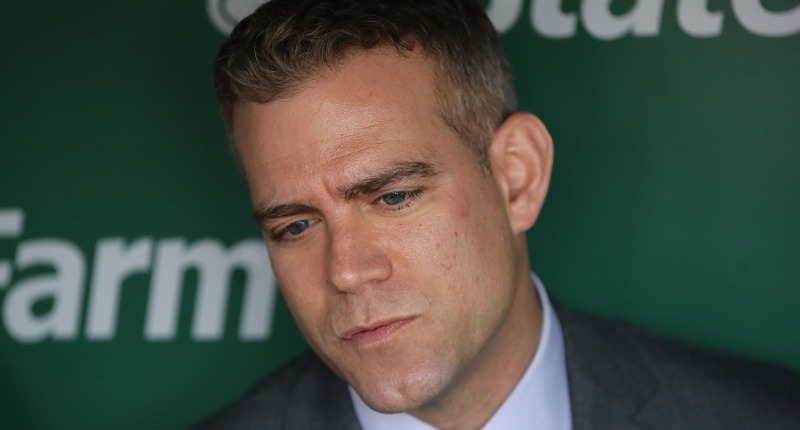 Maybe you already know this, maybe you don’t. But for those of us who aren’t maximum NERDS, here’s a little history lesson for you that I think applies directly to the Chicago Cubs ….

The type of bananas your grandparents grew up eating are an entirely different species than the ones we enjoy today. And unfortunately, that change wasn’t a choice.

Back in the early 1900s, there was a Central America banana producer by the name of United Fruit that began using a type of banana known as the Gros Michel, as it was near-perfect for mass production: “Tightly-packed bunches, thick skin and a general durability made it easy to transport and the banana was sweet and creamy enough to keep customers coming back.”

Eventually, other banana producers caught on and after awhile that was – by far – the most widely produced banana. Which was a huge problem.

Because although the Gros Michel had a ton of desirable qualities – from a great taste to real-life logistical advantages – the homogeneity of the world’s bananas rendered it extremely susceptible to exactly what happened: one singular fungus was capable of wiping them all out. And it did. Without any diversity in the population, the wrong fungus at the wrong time was devastating.

Here’s what we should have done: “One way to limit the damage would be to grow, say, 10 kinds of bananas; then when there’s a banana plague, it’ll only kill, say, 10% of your crop, which you can replace over the next few years.”

But the world had picked the Gros Michel as the singular optimal banana design, so that one plague killed a MUCH larger portion of the world’s crops. The banana industry (I swear I’m gonna start talking about baseball soon) eventually found another species – the Cavendish, which is what we mostly enjoy today – but the same problem is actually happening again. There is not enough banana diversity.

It’s not difficult to understand why this happens, though, right? If a certain type of banana is extremely desirable to consumers, easy to reproduce, and more or less profitable, why would anyone work harder to produce something else (besides, you know, learning from our own mistakes)?

OK, so that brings me to this Cubs team … which may also lack the necessary offensive diversity to survive.

When the Cubs front office was assembling this team through free agency, trades, IFA development, and, most notably, the MLB Draft, they began valuing and acquiring a certain type of hitter – and that type of hitter was undoubtedly desirable and fairly easy to define: tons of power, a polished-enough approach at the plate, good eyes, with less of a focus on just-making-contact (think, for some examples, Kyle Schwarber, Ian Happ, Kris Bryant, Willson Contreras, Javy Baez, Victor Caratini, Jorge Soler, Daniel Vogelbach, etc.).

Obviously, many of those players have been extremely successful – either with the Cubs or on other teams – and some of them are even All-Stars/MVP types. But remember: the Gros Michel was great, too. And therein lies the problem with the broader construction of this team.

On an individual level, it’s pretty impossible to argue with the offensive upside (either current or projected) of any one player in that group above. But that’s not the point, because baseball is a team sport. And while you may enjoy the EXTREME benefits of that uniformity for one to two games, or heck, even one or two seasons (say … the 2015 and 2016 Chicago Cubs who averaged 100 wins/season and won the World Series), the group is far more susceptible to being owned completely, and at the same time, by a single strain of pitching fungus.

And it’s not just theoretical.

In Sahadev Sharma’s latest at The Athletic, he discussed exactly how this has played out for Cubs hitters over the last few years:

The contact issue is just a symptom of a lineup that had become too homogenous. Many of the young Cubs never made the adjustment to a league that started to pound fastballs upstairs and has increased breaking ball usage every year since 2016, now reaching historic levels.

Outside of Zobrist and Rizzo, no one on the roster was better than league average at both avoiding swing and miss on the high fastballs and not chasing breaking balls out of the zone. Bryant was close, only slightly worse than league average at chasing breaking balls. Castellanos was brought in as someone who didn’t swing and miss at high fastballs, and made the appropriate impact. But players like Fowler and even Tommy La Stella were supplanted by Bote and Albert Almora Jr., who are easily retired if a pitcher knows what he’s doing.

When you’re able to focus primarily on one type of game plan to take down most of a lineup, your job as a pitcher gets a whole lot easier, even if the hitters you’re facing are – in isolation – good hitters.

(And frankly, while we’re on it, the same kind of thing happened to the Cubs pitching staff. For a while, the Cubs pitching staff was successful due – in part – to their greater focus on managing contact and getting ground balls, but that came at the expense of high-octane stuff and enough strikeouts. So when the game began to change, and the Cubs’ brand of baseball wasn’t working as well, they were left in the dust. The Cubs attempted to address this issue with guys like Brandon Morrow, Tyler Chatwood, Yu Darvish, and Craig Kimbrel, but most of it was too little too late, especially when you look down on the farm.)

Mind you, this isn’t an all or nothing problem. As we saw over the last few weeks of the season, this issue tends to manifest in waves (like scoring 55 runs in four games and then struggling to score 4 runs over the next two games). But that’s just it. The highs may be higher, but the lows are certainly lower.

Which brings me to our conclusion: wholesale changes are needed this offseason and they’re probably going to be painful.

Remember, on an individual level, many of these players ARE extremely desirable. In fact, they may be the very best type (and that can often make changes look forced). But when your roster becomes overloaded with a certain type of hitter or pitcher, one pitching approach or league-wide shift in philosophy at the wrong time can be devastating.

What that means in the real world is that this team simply cannot afford to go into next season with the same core offensive group if they want to have consistent offensive success. They need different types of bananas.