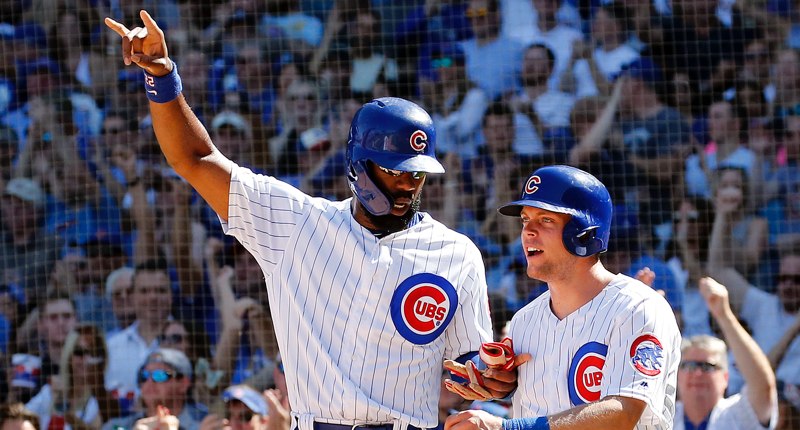 You’ll have to forgive the light Cubs content today. No, there’s not a ton going on, but it was still considerably less than I would have liked to provide. We’re having some challenges with The Little Boy right now, and sometimes it takes me away, surprisingly, for an extended period of time.

Nevertheless, I had a few moments this evening, and there was something I wanted simply to spotlight this evening before the offseason comes with its rumormongering and wishcasting on everything you’d like to see the Cubs do.

Jason Heyward was a star this year.*

Crazy statement, right? I know! But it’s also true when you add that asterisk right there.

Overall, Heyward hit .251/.343/.429 this year (101 wRC+), which was his best performance with the Cubs. His defensive ratings continue to slip, though, and between his time in right field and center field, he actually rated as a negative defender, which brought his WAR down to a just-about-league-average-player 1.9.

I know! That’s why I did the whole thing about the asterisk!

Do you already know the two scenarios where Heyward struggled mightily at the plate? My guess is you do, because we talk about them frequently: Heyward struggled badly to adjust to batting leadoff, and he also struggled badly against lefties (as he has for many years now). Those are situations that he should be put in as little as possible, and very well might be going forward.

*And when Heyward was facing a righty, and was batting anywhere other than the leadoff spot (347 plate appearances), he hit a whopping .303/.401/.520 with a 137 wRC+. Just nine National League hitters posted a better wRC+ than that, so I’m saying: when he was put in the right position, Heyward performed like a star this year. Not a superstar. But a star.

Also, the glove? All of the negative value came from his time in center field, not right field, and there was definitely some adjusting there, especially given that he was playing next to a couple guys who are still developing in the outfield. I give him a pass, and say he’s still, overall, an above-average defender in the outfield.

The point here? Besides my concession that lots of dudes’ numbers improve when you look at the best version of themselves? When you consider what the Cubs have in Jason Heyward going forward, do consider that, when he was not put in situations to hurt himself, he performed very well (either just don’t lead him off, or just don’t let him face lefties often).

And when he was put in his optimal position? Facing righties, not leading off, and playing right field? The guy performed like a star. Just sayin’.

(h/t to @FullCountTommy for spurring this thinking)