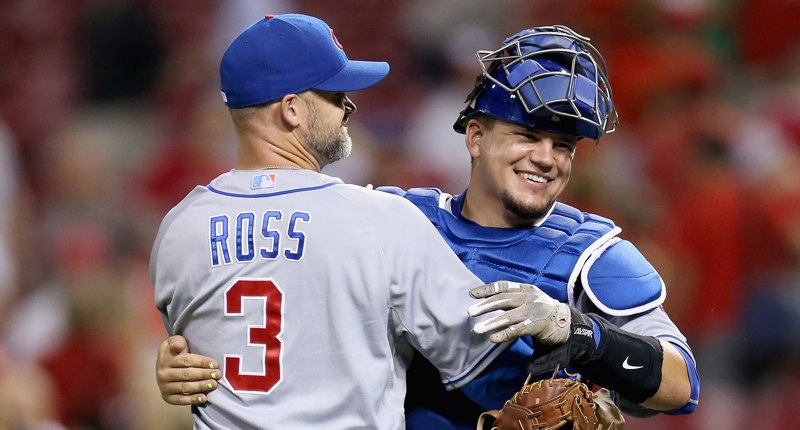 The thing you’re going to want to read today about new Chicago Cubs manager David Ross wasn’t just written. It wasn’t even written during the managerial search, or soon after Ross retired as a hero.

Heck, it wasn’t even written during that magical 2016 season!

Instead, it’s a profile of Ross by Wayne Drehs, written as the 2015 Cubs headed to the postseason.

I remember loving the piece back when Drehs wrote it, and it’s been kind of an ear worm for me this week as I’ve thought about the reactions to the Ross hiring. Specifically, the notion that some folks still can’t shake: how is Ross gonna lead guys he just played with? How will he represent real change from the laid-back clubhouse that was perfect under Joe Maddon for a few years, but is clearly in need of some change?

I’m saying: read the article – from after this guy’s FIRST year with the Cubs, a year in which his results were crap, and tell me you don’t come away knowing this is a guy who can lead anyone.

A 14-year major league veteran, Ross understands as well as anyone the challenges of getting up for every game – especially a Thursday matinee at the end of an eight-game road trip. But he also realized Rizzo’s importance to the psyche of the clubhouse. If Rizzo felt he could take a day off and coast, others in the clubhouse might feel the same. Ross couldn’t let it happen.

With the bases loaded and nobody out in the first inning, Rizzo rolled over a 1-1 pitch from Charlie Morton, a pitcher with a career 4.54 ERA, grounding into a double play. Morton is “a pitcher I would expect [Rizzo] to have a good day against,” Ross said. Two innings later, Rizzo walked with one out and advanced to third on a double by Kris Bryant. But Ross thought he could have scored. The inning ended with Rizzo stranded on third. In the dugout later, Rizzo asked if Ross thought he could have scored. That’s when the 38-year-old sounded off.

Rizzo didn’t like what he was hearing. Ross had played in less than half the Cubs’ games. He’d struck out twice as many times as he’d gotten a hit. Like most team sports, a baseball player’s clubhouse clout is generally tied to his on-field performance. But Rizzo respectfully listened to Ross. He took it all in. And two innings later, facing Morton for a third time, Rizzo crushed a 1-0 pitch into the right field bleachers to give the Cubs a 5-4 lead in a game they eventually won 9-6. After his home run trot, Rizzo made a beeline to Ross, planted his head into the catcher’s chest and started punching him in the gut.

“I started screaming at him,” Rizzo said. “It’s one of those things … [Ross] doesn’t demand respect — he earns it. He lets you know in a nice way, and he’ll get on you in a rough way if he needs to. I tell him all the time I just want to go out and prove to him I can bring it everyday.”

Do you really think David Ross is going to have any trouble leading Anthony Rizzo? Or any other player in that clubhouse?

Ross is not Joe Maddon, in ways both complimentary and mere descriptive. Ross was like a player coach on those 2015 and 2016 teams, and for as much as the organization now needs to change and improve, it isn’t merely “looking back” to bring Ross on board as the manager – not if he was one of the best parts of those teams behind the scenes.

Read the ESPN piece. If nothing else, you’ll enjoy the stroll down memory lane.