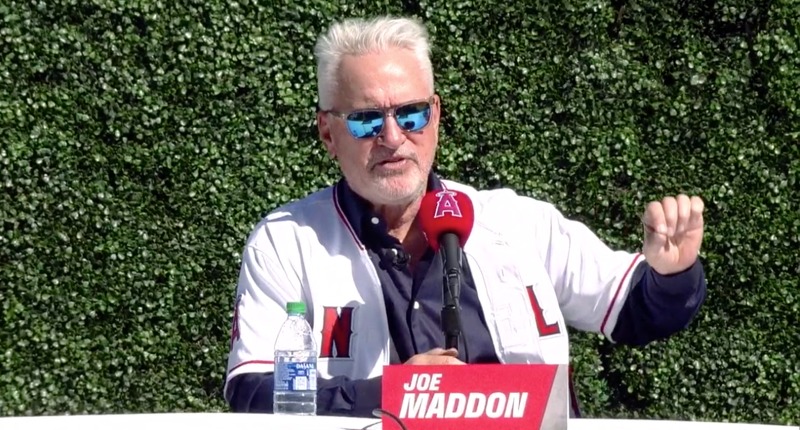 The Astros took a break from their World Series beating yesterday (Go Nats!), which gave a few teams – including the Cubs – cover to reveal and/or announce a new manager for next season: Padres hire Jayce Tingler, Phillies hire Joe Girardi.

The Angels, by contrast, had already announced Joe Maddon as manager a while back, and instead took yesterday’s off-day to formally introduce Maddon back into Anaheim with a press conference.

Here’s the full video, if you’d like to watch:

I’m not going to break down everything Joe Maddon said – we already know a lot of what he believes, anyway – but I did think we’d find some closure in a few highlights from the afternoon.