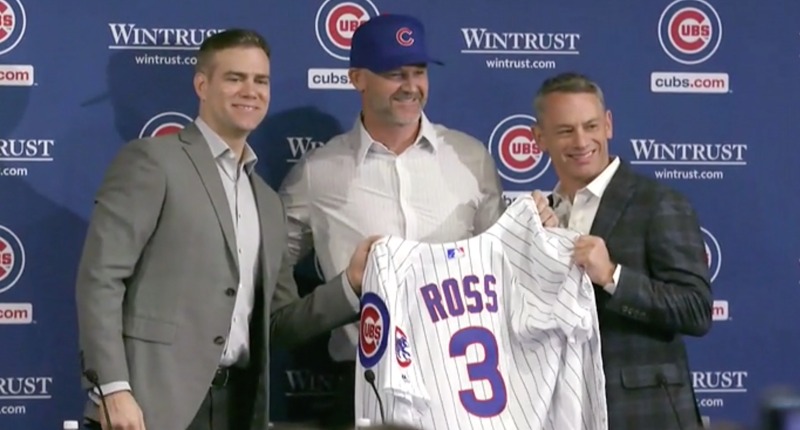 Is it weird that the guy we call Grandpa is now actually among the younger managers in baseball?

David Ross takes to the mic today in his introductory press conference as the manager of the Chicago Cubs. So much of today will be abject fluff, but you might as well enjoy it anyway. It’s nice to see Ross back with the Cubs in such a highly-visible role. It just makes me smile a little.

But let’s be quite clear: the hiring is not about those smiles. Ross is going to be expected, without the benefit of a coaching or managerial background, to lead this Chicago Cubs team through a transformative period on the roster, on the field, and in the postseason. He’ll have some grace as he transitions into a new job, but probably not much, given the way the last couple years have gone. Most of the heat will be on the front office, yes, but Ross is their guy. He is their hand-picked, long-groomed choice to manage this club, and an extension of them in the clubhouse. Fair or not, Ross and the front office are kinda gonna ride or die together over the next couple years (and hopefully far beyond).

I do expect the press conference to eventually get into some meaty topics, what with the state of things.

We’ll be covering the press conference with bulleted notes below – basically the big or interesting moments, together with my thoughts and reactions on the fly. You can also listen live on 670 The Score, or watch this stream:

IT'S OFFICIAL: David Ross is the third catcher! pic.twitter.com/bo66fuLTcg

Heh. I liked hearing Theo say, as the presser ended and he stood to shake Ross's hand: "Good job. That was awesome."