Jed Hoyer Speaks: The Manager Cubs Want Ross to Be, Contractual Challenges on the Roster, More Skip to content 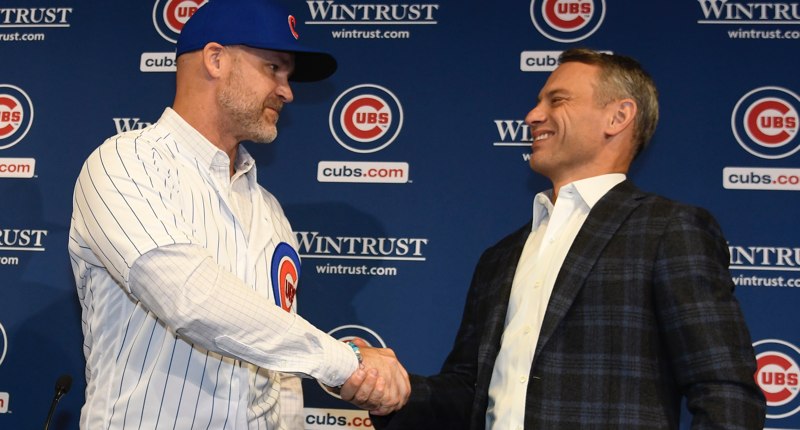 Yesterday, with Theo Epstein and Jed Hoyer on stage, the Chicago Cubs introduced David Ross as the 55th manager in franchise history. You can read a bunch of our notes and thoughts from the presser right here, but if/when you do, you’ll notice one thing’s missing: comments from the GM.

Indeed, Hoyer didn’t say much yesterday – Ross and Epstein stole the show – but he did go on The McNeil and Parkins Show (670 The Score) later in the afternoon and you can catch that full interview right here (it’s also embedded at the end of this post).

In the meantime, I’ve collected some of the highlights from that chat and commented on them below. Enjoy.