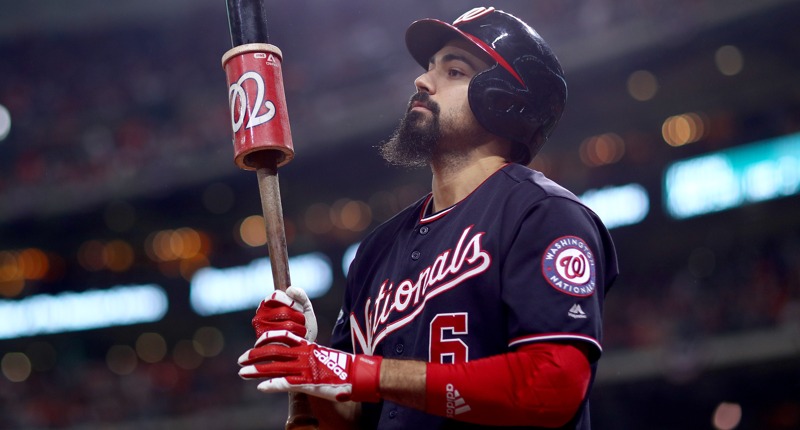 I’ve been pretty clear in my desire to see the Cubs sign Anthony Rendon this offseason, but I haven’t yet been able to identify “my” financial limit for such a deal (which I bring up not as a guardian of the Ricketts family’s money, but as a realist who knows there’s a budget the team will honor, making no comment on the goodness or badness of that).

And given that Rendon would be one of the Cubs’ largest free-agent signings ever (probably more than Jon Lester, but maybe less than Jason Heyward), it’s worth giving it some serious consideration. After all, Mookie Betts is a free agent next winter, which likely means our Boston-led front office is already drooling, and there are all those impending internal free agents in the next couple years.

So seriously ask yourself, how far would you go?

Anthony Rendon's face after hitting a two-run homer in Game 6 of the World Series.

Who is he? Kyle Hendricks? pic.twitter.com/AoKc1eqVEW

So Anthony Rendon is a superstud headed to free agency. How have previous versions of Rendon aged as they entered their 30s? This is a hilarious list of legends.

Starling Marte $11.5M option will be picked up. Pirates don’t currently have a GM, but this is an easy one. Marte could still wind up being traded. Mets, Reds, Padres, Cubs are among several teams who could be seeking a CF.

Aroldis Chapman prefers to remain a Yankee and will pursue an extension with the team. If no extension can be done quickly, he will opt out of the $30M and 2 years left on his contract. Whereupon the Yankees will extend the $17.8M qualifying offer (which he obvs would decline)

That’s how you can use some financial might if you have it … https://t.co/LYdL93Zo1e

Yankees quiet about their intentions with Didi Gregorius. They do like him as a person and see him as a bounce back candidate as a player