The Morning After, Strasburg, Electronic Zone, Beltran and the Mets, and Other Cubs Bullets Skip to content 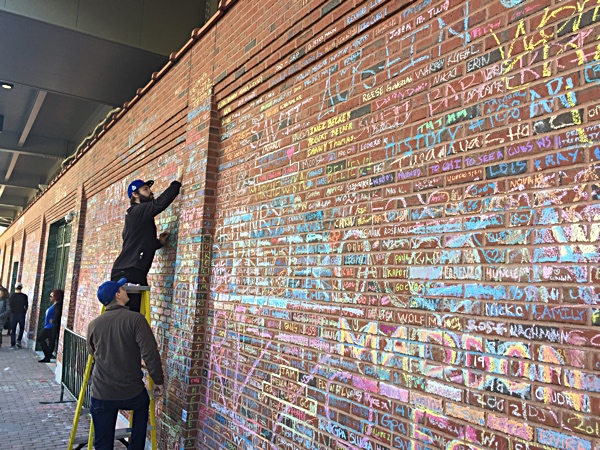 I am extremely fortunate that The Wife has great insurance through her school. We wound up becoming a very medically needy family, so I am very grateful. I am also reminded, though, how challenging the system can be, even when you have great insurance: I mentioned a couple weeks ago that I’ve been having a tough time managing my anxiety and depression, and my doctor thought it was time to try a different medication. Cool. Fine. He knows me well, and I’m on board. It’s a new medication, there’s no generic for it yet, and so it’s expensive. Insurance said nah, try something else. But it’s the one the doctor decided was appropriate for me, so I’m not inclined to mess with that. Been tussling about it now for over a week. It is … bothersome.

The morning after. #WrigleyField became the biggest and most beautiful love letter in 108 years. #Cubs

I don't want to say that EVERYTHING at the official Cubs shop is on sale this weekend, but it is almost everything I'm scrolling on, including a bunch of stuff that usually isn't. Free shipping, too. Go here and peruse: https://t.co/g1k9Fjnxzj pic.twitter.com/2RSHKj53gS