Another Japanese Star is Coming to MLB: Second Base Defensive Wizard Ryosuke Kikuchi Skip to content 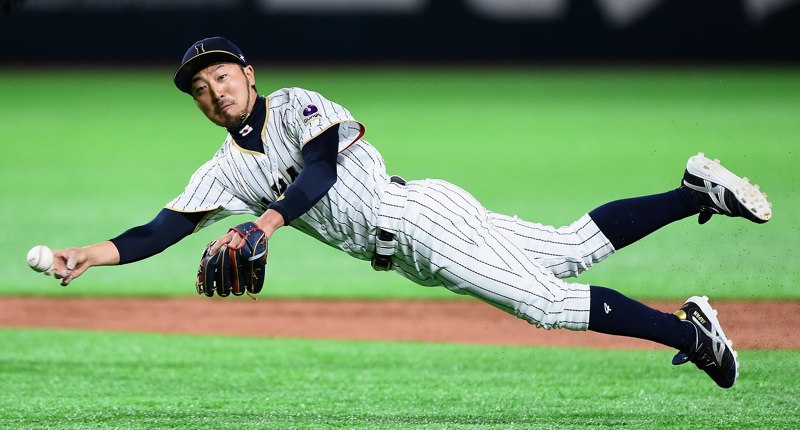 It’s quickly becoming an interesting offseason for Japanese stars to come to the United States, with speedy leadoff type Shogo Akiyama getting a lot of our attention, and slugger Yoshitomo Tsutsugo sure to attract plenty of attention.

Now there’s a defensive star coming, too, as his team has agreed to post him: 29-year-old second baseman Ryosuke Kikuchi.

If you’re like me, having just written about the Cubs’ big hole at second base, you see “star second baseman being posted” and you’re immediately like, oooooh ‘sup. But, I’ll tell you straight away that I’m not so sure Kikuchi would be the right fit for the Cubs, given their already sizable group of almost-quite-starters, because Kikuchi might fall into that group, too.

Primarily, Kikuchi is known as a defensive wizard, the winner of seven straight Gold Gloves, and is one of the best defensive players in all of the NPB. Jim Allen has heard that, at one time, Kikuchi might have been considered the best defensive second baseman in the world. On that basis, you sure would be interested in at least getting a guy like that into your organization.

But as a starter in MLB? Here’s the rub: Kikuchi is a mere .271/.315/.391 career hitter in NPB, and he’s been pretty consistently that guy for his entire career. He does well to not strike out too much – 16 to 17%, typically – but he doesn’t walk, and he doesn’t hit for much power. When that translates to MLB, you’d bet on him striking out a bit more, walking even less, and hitting for even less power … which is to say, he’d become an extremely below-average hitter. Good contact maybe, but overall really poor results.

Assuming the defense translates, does a guy like that still merit a starting spot in MLB? It depends on the team around him, I’d argue, and if he were a shortstop, the answer is an obvious yes. But an elite defensive second baseman with no bat? A spot where you are often able to find a pretty solid glove with a plus bat? I’m not so sure he’ll find a starting job.

Which brings me back to the Cubs: hey, sure, I’d love to see the Cubs get an elite defender in the mix, but with a fringy second base group that already includes David Bote, Daniel Descalso, Ian Happ, Tony Kemp, Robel Garcia, and Addison Russell (before non-tender, anyway), I have a hard time seeing the Cubs as the right team to bring Kikuchi into the mix.