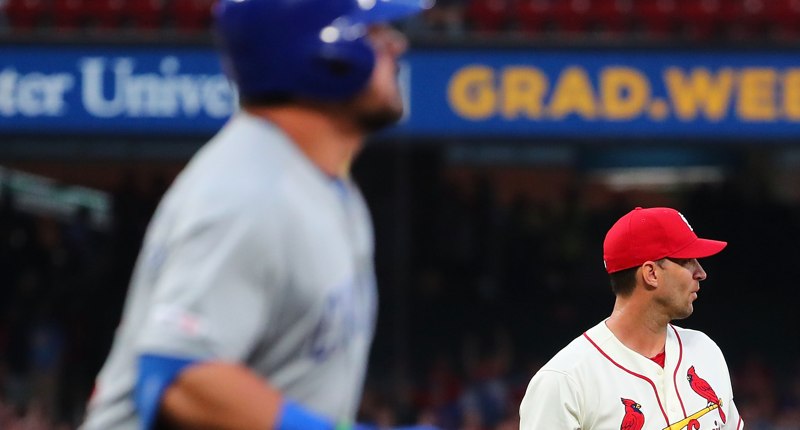 In all of free agency, this is probably the single most widely-expected signing, so it makes sense that it’s one of the early ones.

One more year for Waino!

We have agreed to terms with free-agent pitcher Adam Wainwright on a one-year contract for 2020. pic.twitter.com/ZzKnVUKly1

The terms of the contract aren’t out there yet, but I wouldn’t be surprised if it’s similar to last year’s deal – he got a very small guarantee, and then a ton of incentives that wound up netting him $10 million for the season.

Can he do it again next year? Eh, I mean, it wouldn’t be the wise bet. Until last year, Wainwright had three straight well-below-average seasons, and that’s probably the more likely range for his 2020 performance. Cardinal Voodoo Magic is strong, but it feels like most what was allocated to Wainwright has been used up.

For now, the Cardinals’ rotation looks like: Jack Flaherty, Miles Mikolas, Dakota Hudson, Adam Wainwright, and then a mix of younger arms (Daniel Poncedeleon?) or Carlos Martinez back in the rotation or maybe Alex Reyes returns? It sure seems like they could use another starter, but the mix and match might be the plan, given the Cardinals are saying payroll is just about maxed out.