Drew Pomeranz Should Be the Cubs No. 1 Free Agent Relief Target This Winter Skip to content 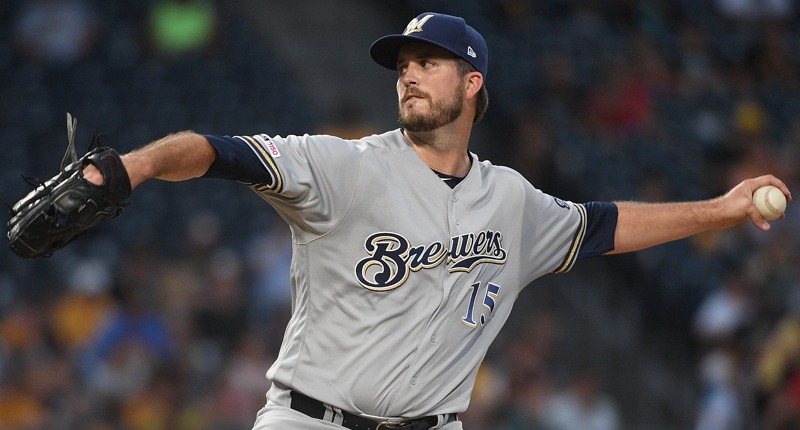 On July 29th – just three appearances and 4.1 IP into his new relief role – Drew Pomeranz caught my attention as a potentially low-cost, high-reward relief trade target for the Cubs at the deadline.

The sample size at the time was ridiculously small, no doubt, but as I wrote, I wasn’t basing my interest on his results. Instead, I focused on the process that led to his improved results and how those changes were right in line with other successful transitions from the rotation to the bullpen.

First, there was the reduction of less effective pitches:

And then, there was the improvement in the velocity of his two remaining pitches:

I conceded that the Cubs couldn’t count on Pomeranz to be some sort of shut-down reliever the rest of the way, but added that the early results – backed by meaningful and sustainable changes to his entire approach on the mound (in a way we’ve seen work for other guys in the past) – could be worth the relatively modest package it would’ve taken to get him.

But he’s also a rental who’s making just a TOTAL of $2M this season. If there’s a good chance he can improve the Cubs performance against left-handed hitters and even a slight chance that he can be anything more than that, the gamble could be worth it – especially for a team with limited financial resources at the moment.

Unfortunately, the Cubs didn’t pull the trigger, but the Brewers did. And guess what? Pomeranz was a freak for them.

I might have thought he’d succeed in his new relief role, but I never thought it would be that good. But, hey, the Cubs have another chance to get him!

Pomeranz, 30, is a free agent this winter and is the “buzzworthy reliever” of the class, according to MLB Trade Rumors. Because of that buzz, however, it’s not entirely clear how much he’ll cost to acquire. After all, you can believe in his changes or not, but this was a guy available for next to nothing at the trade deadline for reason.

Here are the latest guesses from various publications:

Keith Law did not have him on his top-50, but I genuinely think that was an accidental oversight. CBS Sports doesn’t have a financial projection for Pomeranz, but did rank him 34th among all free agents.

For one thing, while the total commitment isn’t really all that large, $8M towards the 2020 luxury tax calculation for a reliever isn’t all that palatable, especially when your team is already above the first threshold. Well, let me clarify that: it shouldn’t matter, because the luxury tax penalties, even when compounded one year over another, aren’t all that bad, but the Cubs clearly care.

And like I said, they’re already over the first level, before a single addition has been made …

For another, as I mentioned, Pomeranz is the “buzzy” reliever this year. And with the top reliever, Will Smith, already off the board, just moved up a tick in the relief rankings. In fact, according to MLB Trade Rumors, the only two theoretical relievers left ahead of Pomeranz this winter are Kyle Gibson (two years, $18M projected (he has mostly started, for what it’s worth)) and Will Harris (two years, $18M) … both of whom, incidentally, have been projected to the Cubs.

Harris, 35, and Gibson, 32, would both be intriguing arms in their own way – and probably have a longer, more consistent track record of success – but they’re also older and more expensive, with probably less of a remaining upside (even if they come with slightly more certainty). If I were the Cubs, I’d prefer the younger, cheaper, higher-upside Pomeranz this winter, possibly even on a longer deal than two years, as he has a greater likelihood to be relevant and effective down the line, when the Cubs should still be competitive.

Moreover, Pomeranz’s recent history as a starter could provide a team like the Cubs the ability to use him for multi-inning appearances (or even spot starts and longer outings, as needed), the way the Giants and Brewers did 9 times in his last 29 appearances of the season.

So to wrap up, based on his youth, remaining upside (with a simplified arsenal and more velocity), expected price tag, and ability to pitch more innings than your average reliever, Drew Pomeranz is a good free agent fit for the Chicago Cubs this season … a lot of other teams, too. But also the Chicago Cubs.