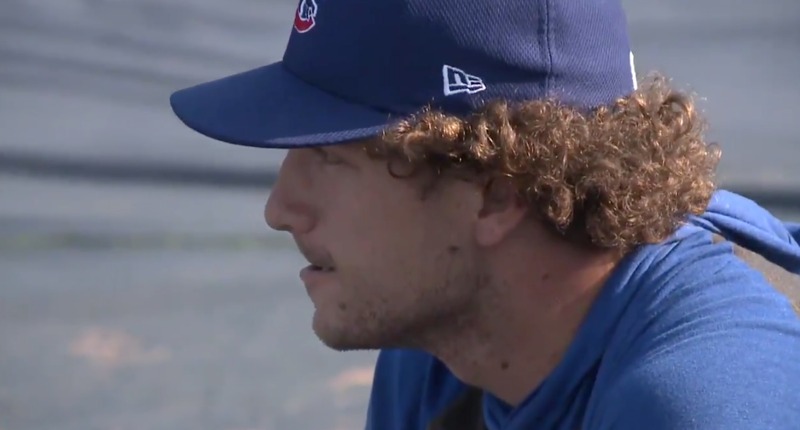 What to do about Albert Almora. That’s a tricky one.

Don’t get me wrong: at this point in the process, it’s a pretty low stakes challenge. Either the Cubs allow Almora to be a bench player in 2020, option him to AAA Iowa at some point, or they just let him go via trade or non-tender. None of those outcomes is gonna make or break the season, so I understand if there’s a little shoulder shrugging going on.

But it’s still a matter that needs settling this offseason, as Almora is arbitration-eligible, and retaining him is going to cost upwards of $2 million. To that end, in his piece on Nick Castellanos and the Cubs’ outfield, Sahadev Sharma indicated that the club’s thinking right now is that, despite Almora’s abysmal last year and a half at the plate and in the field, he’s still worth retaining:

“Albert Almora Jr. won’t go into 2020 as the starter in center, but there is still a strong possibility he remains with the organization. After a dreadful 2019 that followed a brutal second half of 2018, Almora has little to no value on the trade market.

Almora’s offensive numbers have been among the worst in baseball over the last year and a half and in 2019, advanced metrics actually rated him as a below-average defender.

But the Cubs still view him as valuable enough to not dump in a trade or non-tender.”

So, then, when the December 2 tender deadline rolls around for arbitration-level players, your current bet is that Almora will be tendered a contract. And, since his value in trade is zero, that means he’s almost certainly going to be with the Cubs next spring.

Maybe this is the right message to put out there regardless, right? You’re not going to find anything other than a reclamation piece in trade, and a non-tender does seem pretty extreme for a guy with physical talent. Is it at least conceivable that whatever went wrong – so very, very, very wrong – at the plate over the last year and a half can be addressed? Almora did manage to be a league-average bat before that for the season and a half before that. Is it possible that he just got out of whack trying to improve his game at the plate, yielding an explosion of soft contact and an increased groundball rate? At 25, isn’t it plausible he could still wind up a useful 4th outfielder, at least? It’s not like we haven’t seen it happen across baseball with talented players who really struggle in the early to mid 20s, and then figure it out.

Does it sound like I’m trying to talk myself into it?

Candidly, Almora has been so bad for so long – one of the literal worst few hitters in baseball since mid-2018 – and his defense took such a huge step back this year, that I am not optimistic that he emerges even as a useful bench player in 2020 and beyond. Of course, I agree that it’s possible, given the natural talent. I just wouldn’t bet on it.

Still, with that small chance, and with the relatively low stakes I mentioned above, I suppose I’m fine with the Cubs tendering Almora a contract (which wouldn’t be guaranteed until the seasons starts, for what it’s worth), and letting him compete for a bench job in Spring Training.

To be sure, the Cubs need to bring in other outfielder(s) – preferably a leadoff type in center field, specifically – but there’s little harm in letting Almora work his way into that mix. If he can’t, then maybe you do send him back to Iowa to keep grinding, or you let him go. It’s not necessarily a decision the Cubs have to make right at this moment.