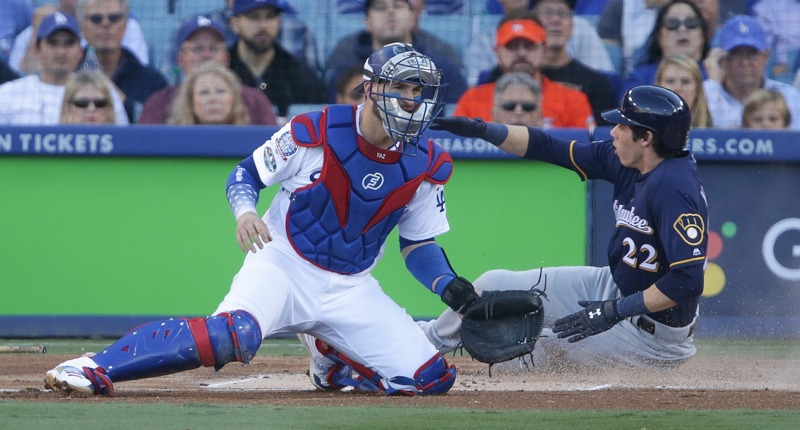 The White Sox are not messing around in trying to move their rebuild into the competitive era – and this time, they didn’t finish in second in the bidding!

There were rumors this week that the catching market was about to start moving, and boy howdy did it:

OFFICIAL: The #WhiteSox have agreed to terms on a four-year, $73-million contract with free agent All-Star catcher Yasmani Grandal (@YazmanianDVL08). Under terms of the agreement, Grandal will receive $18.25 million per year from 2020-2023. pic.twitter.com/dczzZo8UTE

That is a HUGE contract for Grandal, who was exceptionally valuable at the plate and behind it for the Brewers last year. There was always a slim chance he could return to the Brewers, but there was no way they were going to sign him on that kind of contract. So it’s a modest hit to the Brewers, who’ll look to replace Grandal’s production in other ways.

The Reds had also been a rumored Grandal suitor, so, yeah, better that he’s just not in the NL Central at all.

As for the White Sox, this really is a momentous signing:

Yasmani Grandal is headed to the Chicago White Sox on a four-year, $73 million deal. That's the biggest contract in the history of the franchise.

Damning with faint praise and all that, but still. That’s a big contract. Bigger than Grandal was expected by many to get, so kudos to the White Sox for stepping up to supplement their young core. Watch out for them in 2020.

Of more relevance to our interests here, like we said yesterday, a hot catching market has implications for the Cubs’ plans(?) to listen to offers for Willson Contreras. Interestingly, with Grandal going to a place the Cubs were highly unlikely to trade anyway, the market for his services may have just ticked up a bit. You wonder if a Grandal suitor or two is going to be left scrambling to add an impact player behind the plate?

The flip side to that, though, is that Grandal and Contreras are starkly different players. Grandal is a 31-year-old, huge-walk, mild-power, tremendous-framing catcher who just cost a pretty penny for four years. Contreras is a 27-year-old weak framer (but better blocker?) with much more upside going forward in the bat, who comes with three years of control via arbitration. The overlap in prospectives suitors may not have been that significant.

As for the catching market overall, stay tuned now for a flurry of clubs trying to grab a best-of-the-rest, which could include the Cubs if they were dealing Contreras. After all, trading Contreras and handing the “starter” job to Victor Caratini would nevertheless require adding another catcher to the mix.