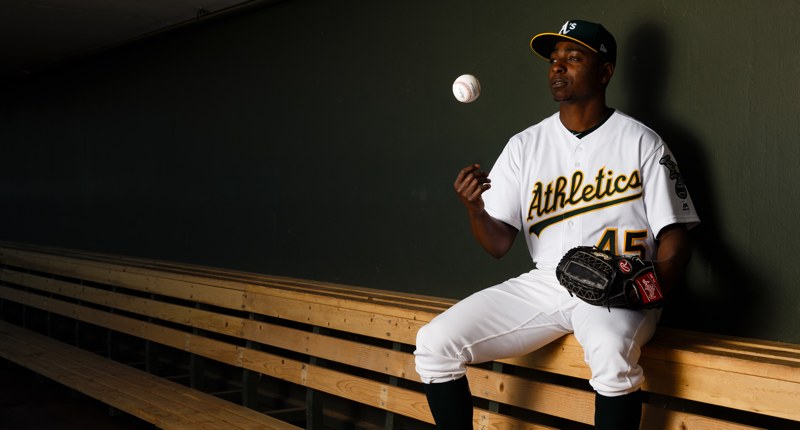 Hey, it took a few days after the rostering deadline, but the Cubs *did* acquire one of the fringe arm types we thought they’d use their 40-man flexibility to pick up.

Today, the Chicago Cubs acquired righty Jharel Cotton from the Oakland A’s for a cash consideration. We said this week, with Cotton DFA’d by the A’s to open a roster spot, the Cubs would likely be among the teams to jump on him. Sure enough!

Cotton, 27, was a former top prospect in the Dodgers and then A’s organization, with the obvious stuff to be a quality big leaguer (good fastball, killer changeup), but who couldn’t quite get over the hump, and then underwent Tommy John surgery in 2017, from which he is probably still coming back a little bit in terms of stuff and command.

Notably, the Cubs’ new Scouting Director Dan Kantrovitz came over from the A’s, where he was an assistant GM, so he likely knows Cotton very well. I’d say we could consider that an endorsement of this pick-up.

We’ll have more on Cotton soon. In the meantime, this Spring Training write-up at The Athletic gives you a great primer on what Cotton has been through, and why teams are so intrigued:

“He’s got the raw stuff to be a superstar. He really does. He’s one of those people that needs people around him to believe in him. If he has that, he thrives in those environments. He’s a guy that can doubt easily. He can let doubt creep in. So, (you need) to pour into him. Not just telling him how great he is, but just pouring into him, (saying,) ‘You should be secure. Like, security should be your main strength because of what you have on the mound.’”