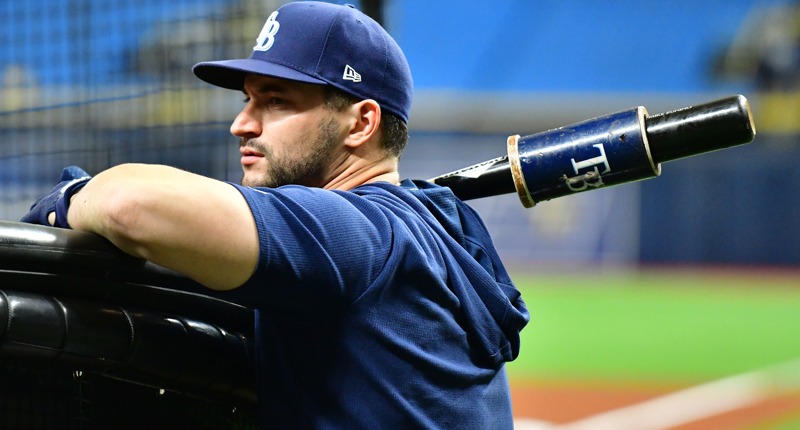 Earlier this morning, we discussed the quickly evolving catching market, which has already seen the top two free agents, Yasmani Grandal and Travis d’Arnaud, come off the board, and a new, potential trade option, Omar Narvaez, pop up.

As part of that conversation, we learned that the Rays were still in contact with free agent catcher Travis d’Arnaud until late Saturday night, before he ultimately signed with the Braves. And we also learned that in losing d’Arnaud, the Rays had made finding a catcher their “most pressing” task of the offseason, which ultimately could have led to a deal for Willson Contreras.

But that may have just changed:

Zunino, 28, was entering his final year of arbitration before hitting free agency. But instead of taking the talks to that setting, they’ve agreed on a contract for $4.5M in 2020 (slightly less than his projected $4.9M) while grabbing him on an option for 2021, as well.

Now, to be sure, signing Zunino would not preclude the Rays from still targeting Willson Contreras this winter from a talent-perspective. Defensively and in terms of framing, Zunino is the superior catcher, but offensively there isn’t much of a contest here, as Zunino has absolutely cratered at the plate over these past two seasons and has a 34.2% strikeout rate for his career. Put simply: Contreras is the more attractive overall player, without a doubt, and under normal circumstances, Zunino would be his backup.

But the Rays are a cash-strapped team, operating under non-normal circumstances. And I find it highly unlikely that they would sign Zunino and still trade for Willson Contreras, while keeping both. It’s entirely possible, I suppose, that they might look to trade Zunino at some point, seeing this short-term, relatively low-dollar deal as a value-adder in a catching-needy market, but that’s a pretty unlikely outcome that almost never happens for any number of good-will reasons (this wasn’t true free agency, as I pointed out, but still …).

Marc Topkin (Tampa Bay Times) agrees that the future is murky, while adding a little context: “Whether the Rays will seek another front-line catcher to share time with Zunino remains to be seen. They also have Michael Perez, a lefty swinger who hit .217 in 22 games, making the opening day roster but being sidelined in early May with an oblique strain then spending a month on the injured list and most of the rest of the season at Triple-A.”

In any case, it’s quite likely that the Cubs just lost a potential buyer for Willson Contreras, after losing another, the Braves, over the weekend. And with Omar Narvaez popping up as a less-attractive, but also less-expensive option, we’ll have to keep a close eye on what the Cubs may want to do.