REPORT: Cubs and Javy Baez Will Try to Work on Extension at the Winter Meetings Skip to content 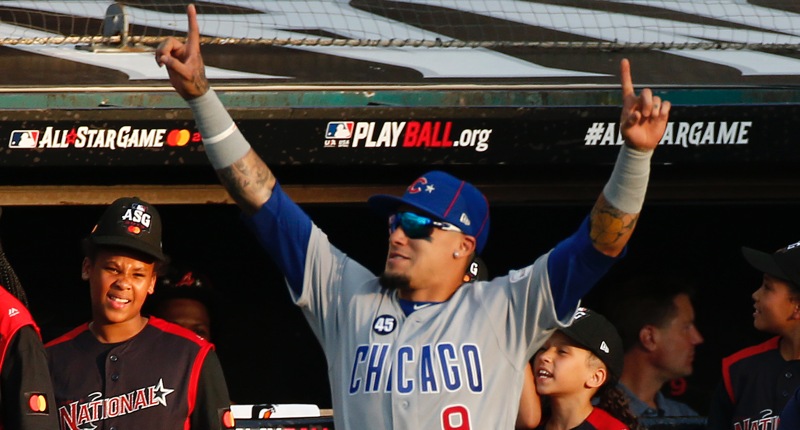 I know what I’m thankful for this holiday season, and his name is Javy Baez. I will gladly accept about six more years under the Christmas tree, too.

Back in August, Jeff Passan first mentioned that the Cubs might look to extend Javy Baez as soon as this winter, which was kind of obvious given his two final years of team control and importance to the organization, but still, it got our engines rolling. And then, about two weeks ago, a Sun-Times report indicated that the process may have already begun.

And today, we can take yet another step forward, this time with as much certainty and specificity as we’ve seen yet.

Javier Baez’s reps and the Cubs are expected to sit down at the winter meetings to see if an extension is possible. Would be a whopper obvs. Cubs still need to figure out who from the core will be dealt.@GDubCub 1st mentioned Baez talks

According to Jon Heyman – who, you’ll note, is the third source on this, which lends a little bit of additional credence to the reports – the Chicago Cubs and Javy Baez’s reps are expected to sit down at the Winter Meetings to iron out an extension. As you might recall, Baez, like Kris Bryant, is currently under control for just two more years via arbitration.

And in terms of need, I think he might be one of the most crucial pieces to the Cubs going forward, if not only for the fact that he plays premium defense at a premium position. We discussed his unique value to the Cubs in a different context earlier this offseason, and the broader point remains: the Cubs do not have an obvious replacement at shortstop right now who is even in the same league as Baez. So even setting aside his MVP-caliber ceiling, his floor is important to the Cubs, who would be scrambling without him.

We have talked a lot about what an extension might look like for the soon-to-be-27-year-old, but the short version is that the Xander Bogaerts deal with the Red Sox before this past season is likely to come up a whole lot: six years, $120 million (plus a very achievable vesting option for another $20 million, and an opt-out after the third year). Then 26, Bogaerts had a little longer track record of 4+ WAR type seasons, but he hadn’t yet flashed the kind of borderline MVP performance (or elite defense) that Baez has shown.

Bogaerts, however, was a year closer to free agency, and had been worth 17.6 WAR in his four years before the deal, whereas Baez has been at just 14.3. In terms of overall value as players going forward, I think I’d argue the two compare well at the time of the deals, so the primary difference would be the extra year of team control the Cubs have now.

That is all to say, Baez’s camp will absolutely come in seeking well in excess of $100 million on an extension, as they should. Just how in excess depends on how aggressive they will be, and also how willing the Cubs are to put together a very long deal right now.

To that end, I will find it very interesting to see if the Cubs’ preference is to make the deal as long as possible to drive down the AAV for luxury tax purposes going forward (it was a strategy they employed on the Yu Darvish deal, specifically requesting to tack on a sixth year). Moreover, it will be interesting to see if the Cubs actually *don’t* want the deal to kick in until after 2020, since Baez’s currently-projected AAV hit in 2020 is just $9.3 million in arbitration. In other words, if the Cubs sign Baez to an extension now and have it kick in for 2020, they’d reduce their overall AAV for the deal, but the AAV associated with Baez for 2020 might jump by $10 million or more.

And to THAT end, all of this comes against the backdrop of a tight budget (allegedly … ) and possible efforts to trade Kris Bryant … but he has a service time grievance ongoing that might not be resolved until the Winter Meetings. So, from a financial perspective, there are so many crisscrossing relationships here, all of which also deeply impact the Cubs’ offseason maneuverings.

So do we take it as a good sign that the Cubs are already anticipating an ability to discuss an extension with Baez in a couple weeks? I think you *could* read the situation that way.

But like I’ve said all along, when it comes to the financial side of things, you really are only going to get tight lips and disinformation, so perhaps the safer bet is to take away only one thing from all this for now: the Cubs and Javy Baez may both be seriously interested in a long-term extension, and that is good news.